Thai freighter BANGPAKAEW was detained in Subic Bay, Philippines, for allegedly, smuggling in Philippines some 7,000 tons of bagged sugar, said nation’s Bureau of Customs BOC. The ship arrived at Subic Bay on Aug 17 from Bangkok, cargo documents were checked and found to be forged, according to BOC. Offloading already commenced by the time BANGPAKAEW was detained or arrested. Philippines law enforcement is tasked with preventing sugar smuggling amid the supply shortage in the country.
It’s interesting indeed – here’s a shortage of vitally important for population product, and among first things authorities do, is fighting smuggling. Smuggled or not, delivered product is to ease deficit, to help people in need. Eliminate deficit and then fight smuggling, until then your, governmental, main task and obligation, is to help your own people, is it not so?
General cargo ship BANGPAKAEW, IMO 9187801, dwt 7430, built 1998, flag Thailand, manager WONG SAMUT NAVIGATION CO LTD. 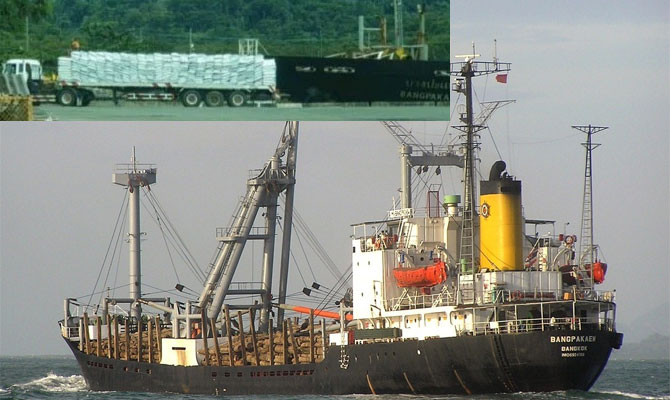