Information was provided to MB by the insider regarding the tragic death of Third Officer of tanker SHANDONG ZIHE, on Oct 1, while tanker was en route to Banco Del Hoyo Anchorage W of Gibraltar Strait, from ports of Gulf of Guinea. He didn’t show up to replace CO for dinner, general alarm was sounded and crew mustered for his search. At 1900 UTC he was found hanging in bow thruster room, Cardiac Resuscitation CPR was applied, later he was transferred to infirmary, understood still alive, but at 2047 UTC he was declared dead by Telemedical Maritime Assistance Service TMAS, which was called immediately after he was found. His body was taken to freezer, tanker meanwhile, continued voyage. She arrived at Europa Point Gibraltar on Oct 3, and as of evening Oct 4 remained anchored.
No clarity yet as to the cause of his death, which as of now, looks like a suicide. He was 24-years old, of Indian nationality, he boarded tanker in the end of Aug in Lome, Togo.
Product tanker SHANDONG ZIHE, IMO 9261657, dwt 40059, built 2004, flag HK, ISM manager ANGLO-EASTERN SHIP MANAGEMENT (INDIA). 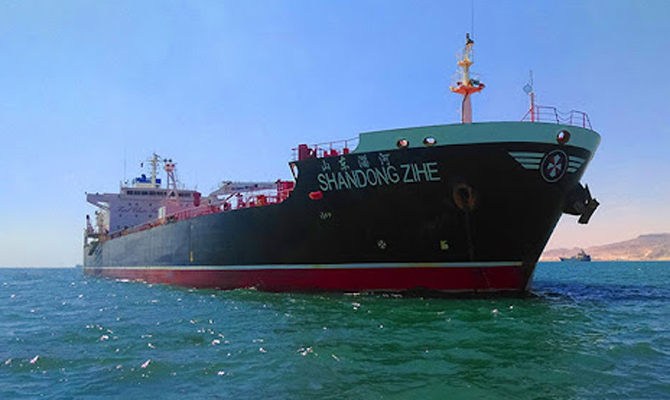