Aug 28 1900 UTC UPDATE: SEA BIRD sank after her hull was breached when she struck rocks of small Vrak. Karavi islets. She didn’t ground on rocks or islet itself and moved away, according to track. 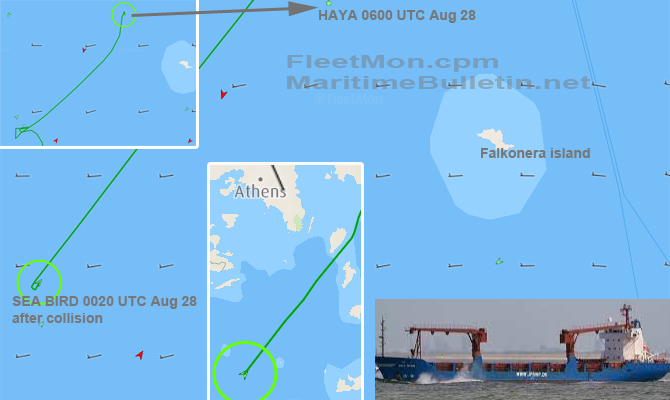