May 16 UPDATE: The ship is understood to be already under tow to Oakland, with some 4-5 tugs deployed. RESOLVE was contracted for salvage. As of May 15, fire was reported to be under control, with no visible fire. 24 crew remain on board, all are safe.

Container ship NYK DELPHINUS on May 14 was reported as disabled after fire in engine room, adrift south of San Francisco. The ship’s en route from Vancouver to Oakland, understood she was looping back and forth off the coast, waiting for berth window. The ship was adrift as of 1640 UTC May 14, with approaching tug, bulk carrier nearby. No other information available yet, awaiting updates.
Container ship NYK DELPHINUS, IMO 9337652, dwt 65950, capacity 4882 TEU, built 2007, flag Liberia, manager NYK LINE (ISM manager EASTERN PACIFIC SHIPPING PTE, Singapore). 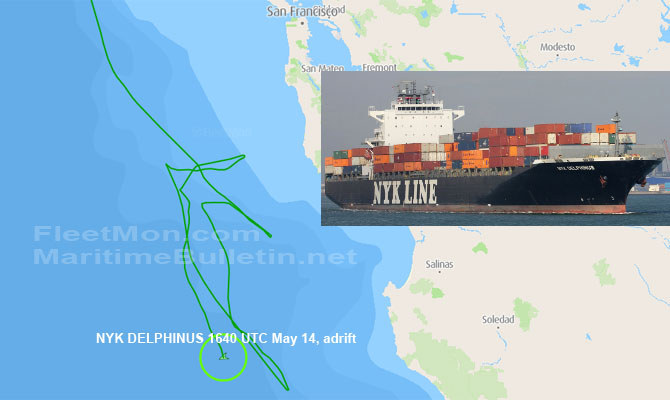 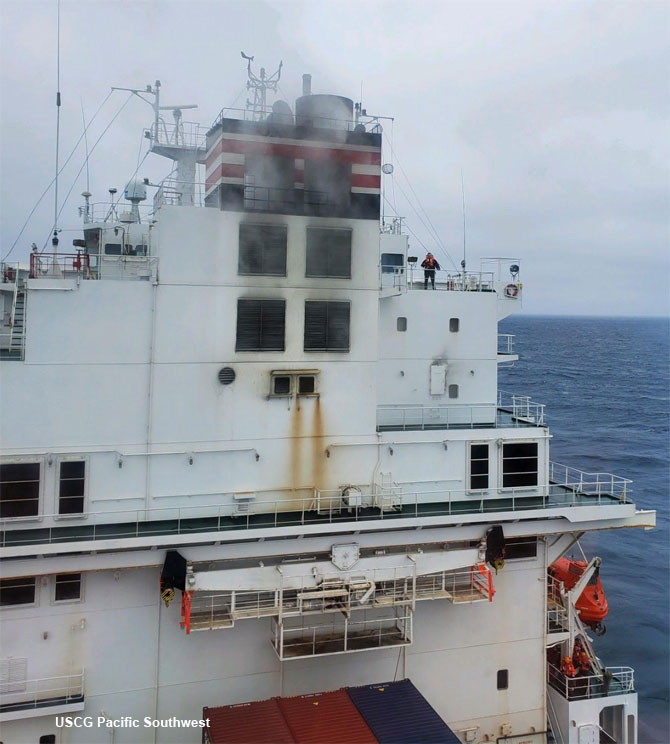