Sep 5 UPDATE: One more alive crew was found in a life raft on Sep 4, he’s understood to be in stable, not life-threatening, condition. Dead body of a man, connected to a life vest with letters GULF LIVESTOCK 1, was found in the morning Sep 4. SAR was declared to be suspended, because of approaching typhoon HAISHEN. Typhoon was approaching Amami-Oshima Island and the area around from the Pacific, following, almost exactly, the track of typhoon MAYSAK. As of 0000 UTC Sep 5, typhoon was still in the Pacific SE of Amami-Oshima Island.
Understood 2 crew survived disaster, 1 crew died in a hospital, 1 was found dead. 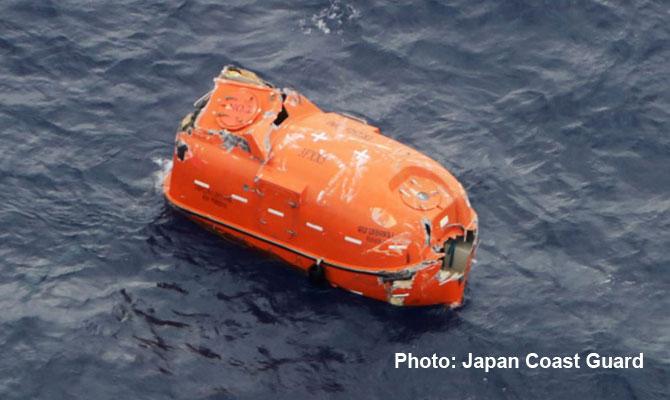 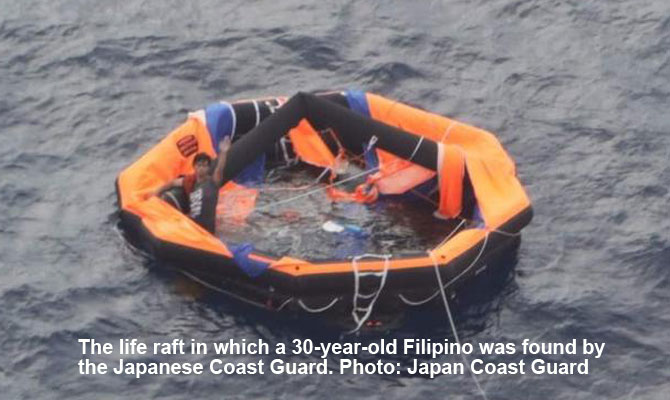 Sep 3 UPDATES:
OFFICIAL STATEMENT
Gulf Navigation Holding PJSC (GNH) deeply regret to report the incident relating to their vessel, MV GULF LIVESTOCK 1, which is reported missing while the vessel was enroute from New Zealand to China, with livestock on board. The Japanese Coast Guard received a distress call early on Wednesday morning (Sept 2nd) to which they responded and one of the 43 crew members, the vessel’s Chief Officer, was rescued. The search for survivors is still continuing by the Japanese Coast Guard.
Spokesperson of Gulf Navigation states: Our hearts go out to those onboard and their families at this time. We also express deep regret for the sad loss of the livestock on board. We are monitoring the situation closely and working closely with those involved in rescue efforts. We pray that there are other survivors.

According to Japanese CG, 1 crew, Chief Officer of Filipino nationality, was rescued, SAR continues. He said, that the ship capsized after engine failure – she was turned broadside towards all the strength of waves and wind, and quickly capsized, guaranteed outcome for nearly any disabled ship in severe storm, but especially so for ships with high freeboard and big superstructure.

Sep 2 UPDATES:
There were 5,800 cattle on board.
It is hard to believe, that Master missed typhoon on converging track with ship’s route, or disregarded typhoon as a threat. Maybe Master miscalculated typhoon trajectory, or maybe he hoped the ship will overtake it. Whatever were the reasons, the ship sailed straight into the typhoon.
Patrol plane at around 1900 Tokyo time spotted a lifeboat, but no people in it, and a man in lifejacket nearby, not clear dead or alive. SAR suspended until tomorrow daylight.

Sep 2: Livestock carrier GULF LIVESTOCK 1 issued distress signal at 0145 Tokyo time Sep 2 in East China sea, some 100 nm west of Amami Archipelago, part of the Ryukyu Islands southwest of Kyushu. The ship with 43 crew on board is en route from New Zealand to China, i.e. she should be carrying livestock. Patrol plane searched the area, but didn’t find the ship. Search continues, as of 1500 Tokyo time, Japan Coast Guard ship HAYATO was in the area. Last ship’s AIS position dated 1230 UTC Sep 1, ship adrift.
Crew includes 39 Filipino, 2 New Zealand, 1 Australian and 1 Singaporean nationalities.
The ship, judging from ship’s track and track of typhoon MAYSAK, may be caught in a center of typhoon and fall victim to its’ fury, with wind up to 130 kt in gusts.
Livestock carrier GULF LIVESTOCK 1, IMO 9262883, GT 11947, built 2002, flag Panama, manager HIJAZI & GHOSHEH CO, Jordan (EQUASIS). 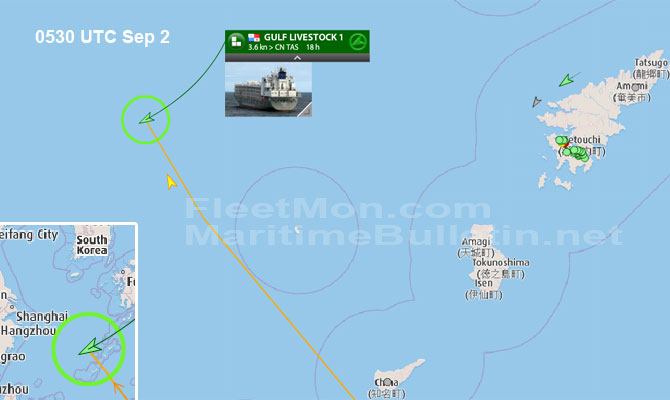 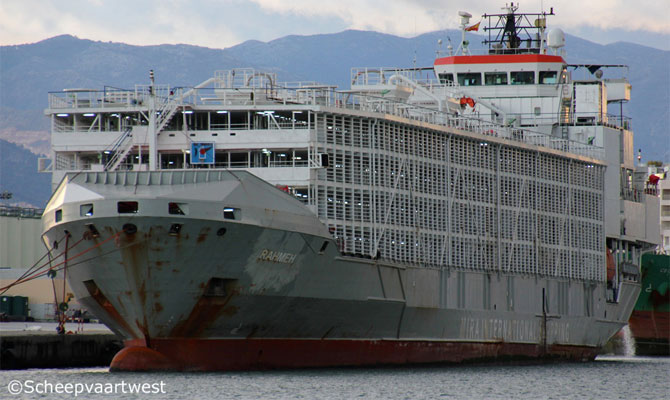