Crazy testing in China
Bulk carrier BUNUN GLORY arrived at Ningbo China on Jul 26, from Japan. 19 crew were tested, 4 were found to be test positive. There was another type of test taken, which found, that 5 other crew though not exactly infected, may be infected, so together with other 4, they’ve been taken to hospital, though to a different one. The rest of the crew remain on board. Ship’s under quarantine, all crew, including infected, not infected but probably infected, and not infected / probably infected, are healthy.
What does this new test mean, exactly? Not infected but probably infected? Healthy but infected or probably infected, subject to arrest (quarantine) anyway?
Bulk carrier BUNUN GLORY, IMO 9539535, dwt 37046, built 2015, flag Panama, manager WISDOM MARINE LINES SA (EQUASIS).
Faroe island, Lithuanian reefer
6 crew of 23-crew Lithuanian reefer CASSIOPEA were declared test positive on Jul 28, the ship is berthed in Klaksvik, Faroe Islands. She arrived from Canary islands. As of Jul 30, ship remained in the same position.
Reefer CASSIOPEA, IMO 9047269, dwt 8043, built 1993, flag Lithuania, manager LIMARKO. 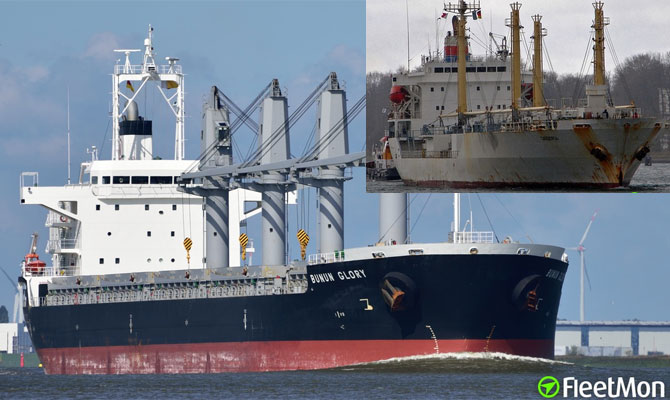