Azerbaijan Caspian Shipping Company (ASCO) successfully changed the crews of 6 ships, which are operating outside Caspian sea, in Black and Med seas. 33 crew were changed in Samsun, 36 in Istanbul, Turkey, during Jul 15-16. Special charter flight (Baku-Istanbul-Baku) of the Azerbaijan Airlines CJSC was organized, to carry out crew change logistics. All details here: https://asco.az/en/crew-replaced-on-asco-vessels-operated-outside-the-caspian-sea/
A number of cargo ships head for Manila Philippines, to change the crews, obviously Filipino seamen only. The problem of crew change, even when signers are Filipino only, still remains – promised by Philippines Government “Green Lane” for Filipino seamen remains a promise. They can be changed in Manila only. Philippines authorities promise to open Bataan, Batangas and Subic, some time soon. As it stands now with Philippines crew change, it is valid for Filipino seamen only, though of course, for many shipowners and managers having even one port accepting Filipino crews is a relief, because their change is one of the biggest challenges, thanks to Philippines Government.
Nothing decisive yet on UAE/Dubai, news and rumors are rather sketchy and sometimes contradictory.
Egypt crew changes up and running, including even Filipino crews. Latest from Alexandria – 9 Filipino sign-ins arrived at Alexandria via Abu-Dhabi. 9 Filipino sign-offs were to fly to Manila from Alexandria, via Caire – Abu-Dhabi-Incheon.
Rather strange information on 15 countries fully opened for crew changes, provided by Inchcape. It is not confirmed by seamen, first-hand.
On a photo a moment of ASCO crew change. 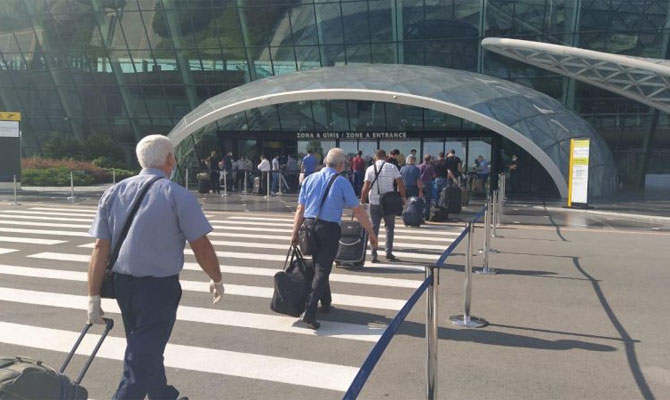