GISIS reported an unusual piracy attack on container ship FOUMA in Ecuador waters, which took place at 0330 UTC (2230 LT) Apr 9, when the ship was under way, en route from Manta Ecuador to Guayaquil.
Eight armed robbers in two speed boats approached a container ship underway. Master raised the alarm and activated the SSAS. The robbers fired warning shots, managed to board the ship, and opened 15 containers. When the search lights were directed towards the robbers, they opened fire towards the bridge. Port Control and Coast Guard notified. The robbers stole part of the cargo and escaped.
FOUMA arrived at Guayaquil on Apr 9, left on Apr 10. Crew are safe.
It is highly probably, that this attack wasn’t just robbers attack on a random ship with an aim of stealing anything they could. It looks like plotted and planned attack with the aim of obtaining specific goods from specific containers (the ship sailed to Ecuador ports from Balboa Panama). If that is the case, criminals had to know insider information, such as containers numbers and locations, and ship’s plotted movements.
At best, this attack is something of an exception, the result of some criminal operation. At worst, such attacks may become regular. Crime is rising throughout the world, many thanks to “fighting virus” insanity, and ships are no exception. On the contrary, ships are most vulnerable to crime subjects, be it stealing, or armed robbery, or hijack. Ships are defenceless, and the insiders know, why it is so. We’re steaming full speed into an ideal mess.
Container ship FOUMA, IMO 9395082, dwt 18287, capacity 1296 TEU, built 2007, flag Cyprus, manager MARLOW NAVIGATION CO LTD-CYP. 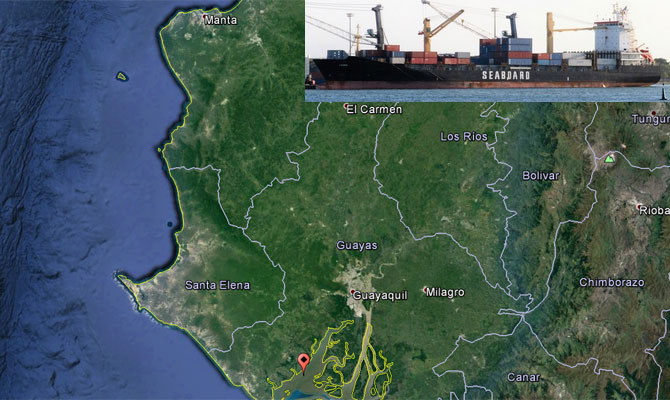