UPDATE: According to information provided by Clearwater Dynamics (Alert), and according to initial information and calculations of FleetMon/Maritime Bulletin, container ship was attacked, but luckily, escaped.
Clearwater Alert:
It has been reported that an incident has occurred onboard a container ship whilst drifting approximately 80nm south of Cotonou, Benin. The Duty Officer spotted two armed pirates on the main deck, resulting in the main deck lights being switched on and the vessel proceeding to the west at full speed. As the vessel began to make way, a small craft with a ladder was seen departing the scene. All crew are accounted for.

Initial alert FleetMon/Maritime Bulletin:
A ship attacked in the evening Jan 19 in Gulf of Guinea, SW of Lagos. The ship yet not identified. Nearest in time and position cargo ship changed her course shortly after attack time and headed for nearest port. Awaiting further information. 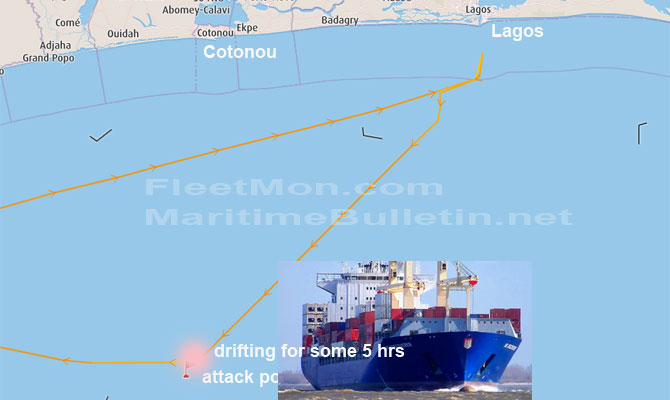 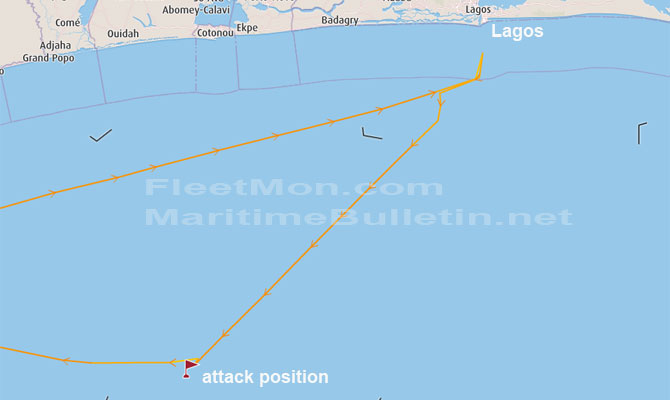