General cargo ship NORBJORN couldn’t make it to Longyearbyen, Spitsbergen Island, Svalbard archipelago, Norway, because of ice, and had to be assisted by ice-class Coast Guard ship NOCGV SVALBARD (IMO 8640387), on Jan 9. The ship was taken to free water and reached Longyearbyen later that day. “Never since 2009 was there so much ice in Svalbard waters”, say locals. Global Warming on the march, no doubt.
General cargo ship NORBJORN, IMO 9197404, dwt 3389, built 2000, flag Norway, manager MARINE SUPPLY AS. 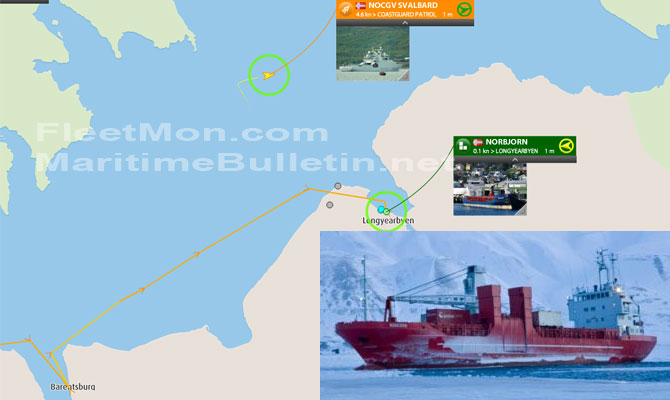