UPDATE: According to China COSCO Shipping information on fire accident on board of container ship COSCO PACIFIC, fire started in a container loaded with lithium batteries, falsely declared as spare parts. At least two containers were destroyed by fire, neighbouring containers said to be damaged, extent of damages and number of damaged containers yet unreported. Burnt containers were operated by Wan Hai Lines, they were loaded in Nansha and bound for Nhava Sheva. As of morning Jan 9, the ship was still at Colombo, all burnt and damaged containers already offloaded, containers around fire still under monitoring, understood fire safety checks under way. If it’s the end of the story and there won’t be any new fires in containers near fire site, COSCO PACIFIC should be considered lucky, to get off so easily.

Container ship COSCO PACIFIC while en route from Port Klang Malaysia to Ngava Sheva western India reported fire in container or containers, in cargo hold.on Jan 4, being under way in Arabian sea off southwest Indian coast. The ship interrupted scheduled voyage and headed for Colombo, arriving there in the morning Jan 6. She was berthed, containers on fire are to be offloaded, ship’s to be under constant monitoring until completing inspection. The ship is deployed on SEA-India-Pakistan service, quite a number of shippers are to cope with delays and schedule interruptions. As of morning Jan 7, COSCO PACIFIC was still berthed at Colombo.
Container ship COSCO PACIFIC, IMO 9355551, dwt 111315, capacity 10062 TEU, built 2008, flag HK, manager COSCON. 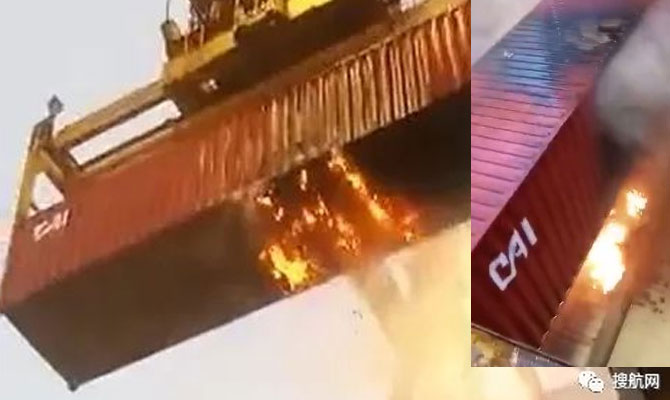 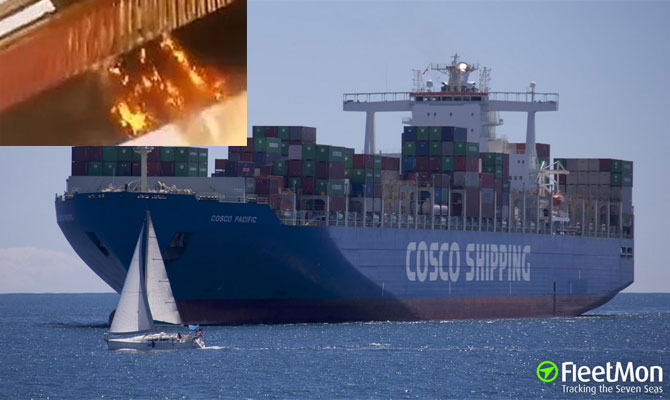