In the morning Dec 11 two divers engaged in removing containers from the wreck of container ship VIETSUN INTEGRITY, suddenly experienced suffocating, three other divers from the same dive team rushed to their help, but were trapped under collapsed container. Two divers were rescued and hospitalized, in critical condition. Three divers remain missing.

VIETSUN INTEGRITY disaster story
Oct 19: Container ship VIETSUN INTEGRITY capsized and sank between buoys 28/30 on Long Tau river, while sailing downstream from Ho Chi Munh to Vung Tau, Vietnam, at 2330 LT (UTC +7) Oct 18. Hull is partially above water, a number of containers are floating around, 17 crew made to the shore, all safe, there were 290 containers on board.
Oct 20 Update: There were 285 containers on board, most of them reportedly, went overboard and are floating around. The ship developed heavy starboard list and contacted traffic control center, capsized about an hour later. Oct 19 night news said traffic in the area either blocked or hampered.
Container ship VIETSUN INTEGRITY, IMO 9264776, dwt 8015, capacity 660 TEU, built 2003, flag Vietnam, manager VIET SUN CORP, Ho Chi Minh. 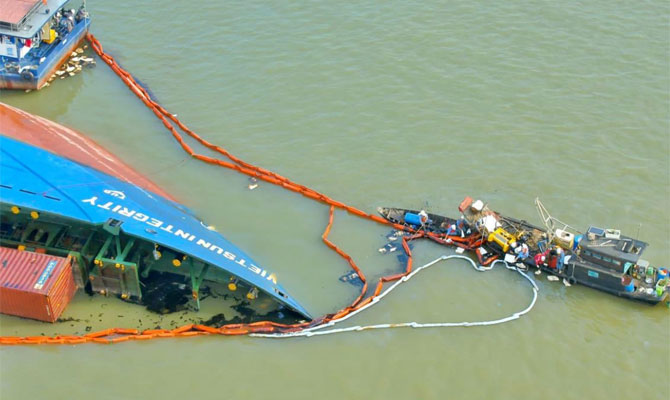 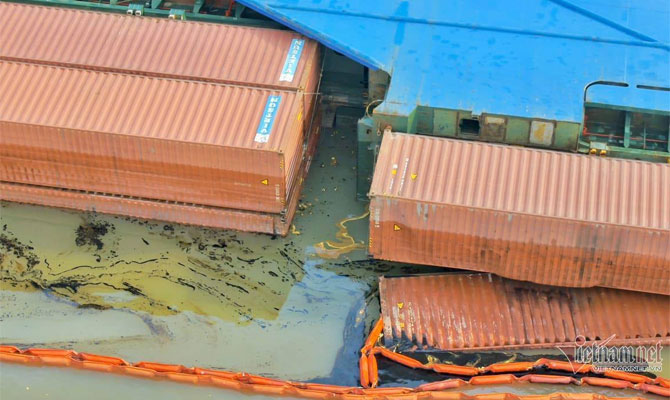 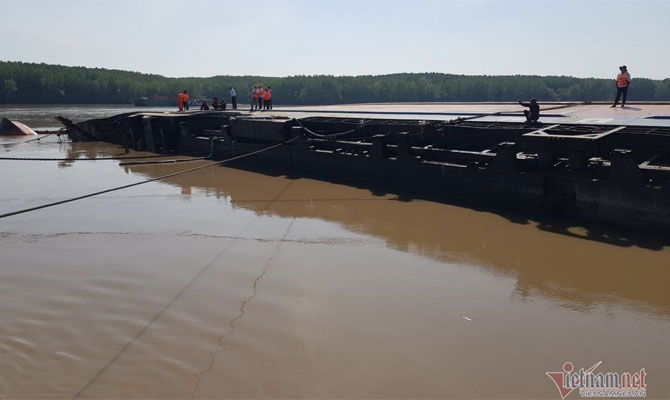 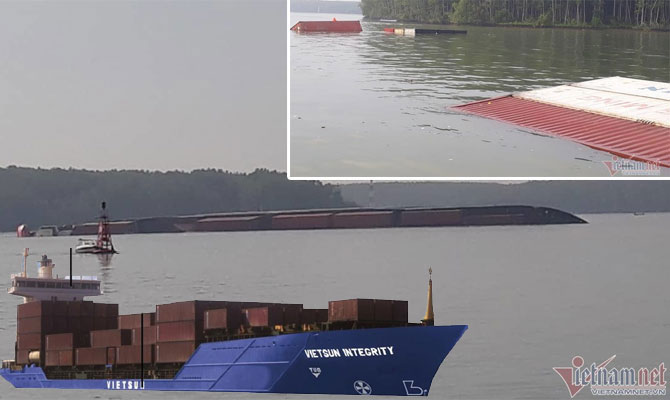