Bulk carrier DAYANG CENTURY was boarded by The Philippine Coast Guard (PCG) and the National Bureau of Investigation (NBI) on Nov 22, on suspicion of illegal import of radioactive wastes. The ship was berthed at Cabangan port, Zambales province, west coast of central Luzon. The ship with cargo of 57,000 tons of phosphogypsum arrived from Gwangyang, South Korea. Allegedly, Captain and ship’s agent failed to present required documents, the ship was detained, crew and even cranes operators were arrested. PCG obtained information, that two cargo ships arrived at Subic Port between August – September 2018 with the same cargo, but offloading was denied, and they sailed back to cargo’s port of origin in South Korea.

Reference: Phosphogypsum refers to the calcium sulfate hydrate formed as a by-product of the production of fertilizer from phosphate rock. It is mainly composed of gypsum. Although gypsum is a widely used material in the construction industry, phosphogypsum is usually not used, but is stored indefinitely because of its weak radioactivity. The long-range storage is controversial. Somewhere between 100,000,000 and 280,000,000 tons are estimated to be produced annually as a consequence of the processing of phosphate rock for the production of phosphate fertilizers. Wikipedia. 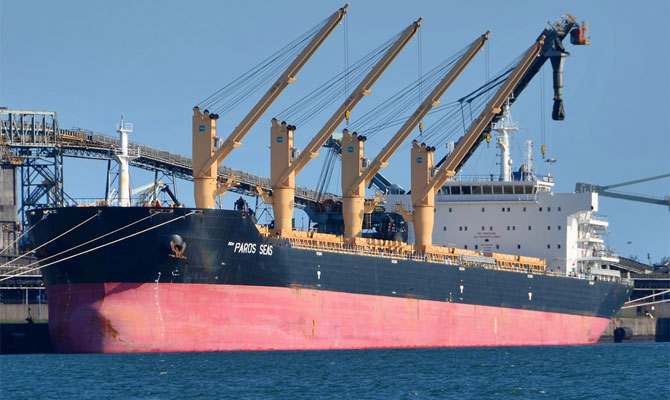