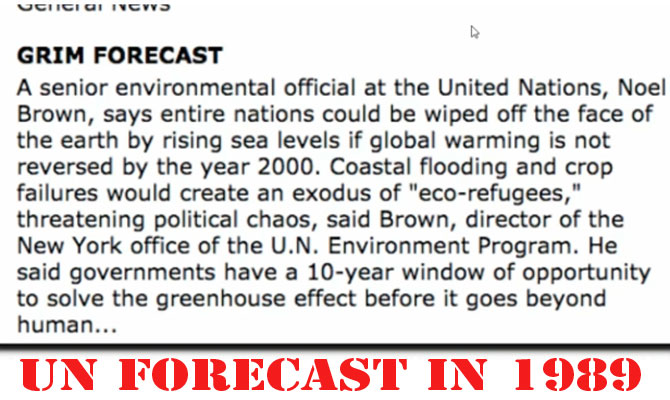 One of the main news of passing week was hard to miss, it was blaring at us everywhere, from all media. It’s of course, a letter, signed by 11,000+ “scientists”, in which they declared “climate emergency”, and required – openly – worldwide genocide, thinly disguised as “planned parenthood and population control”, plus severe austerity in everything, from electricity to food. Everything in this letter is lies, from the very beginning – I refer to their “40 years of warnings” claim. Don’t I remember those warnings? 40 years ago the same scoundrels and thugs were scaring us with global cooling, not warming. They’ve been scaring us with overpopulation and mass starvation by 90th, with oil and gas reserves exhaustion by 2000, with coastal cities flooding by 2000, with ice-free Arctic by 2000, so on and so forth.
One must truly have an intellect of a cockroach to believe in mainstream propaganda and those so-called “scientists”, whom I’ll define as genocidal maniacs.
Watch facts-based, proven debunk of that infamous “letter”.