Greek DELTA’s Suezmax crude oil tanker BOUBOULINA is named as the source of major oil spill in Brazil waters, biggest in Brazil history. Brazilian Police and Maritime Authorities investigation led them to BOUBOULINA as the main suspect in oil spill. According to investigation, which involved satellite images, the spill occurred on Jul 28-29. On Jul 15 tanker called Venezuela and left country 3 days later, bound for Singapore. There are no AIS records between late May and early October, the ship went off radars so to say, after she left Marcus Hook USA, and reappeared only on Oct 8 in Durban. She sailed to Nigeria after leaving Durban, and remains in Nigerian waters since Oct 20.
Major oil spill in northeastern Brazil has affected Brazilian jurisdictional waters and over 2,250 km of coastline in northeastern Brazil. The spill was first reported on 30 August. By the end of October 2019, over 1,000 tonnes had been cleaned up; the spill had contaminated portions of all nine states of Brazil’s Northeast Region.
Crude oil tanker BOUBOULINA, IMO 9298753, dwt 163759, built 2006, flag Greece, manager DELTA TANKERS. 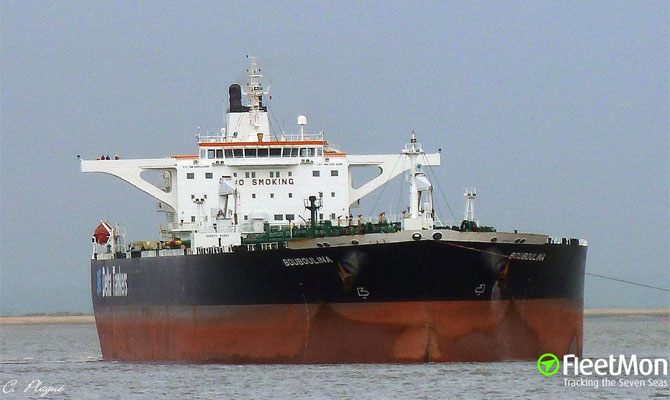