Fish factory PYOTR ZHITNIKOV issued distress signal at 0225 LT (UTC +11) Sep 24, reporting fire on board and requesting evacuation, in southern Kuril island waters, some 22 nm E of Iturup island. There were 412 people on board, factory workers and crew, fire erupted in fish equipment compartment. Fish package material caught fire, common cause of major fire on board of fish processing ships. 363 people, mainly factory staff, were taken by nearby fishing vessels and transferred to fish factory VSEVOLOD SIBIRTSEV, 56 remained on board to continue firefighting. According to latest updates as of 1400 LT, fire was under control or extinguished, fore superstructure blackouted, the ship being disabled. SAR tugs are already under way, understood PYOTR ZHITNIKOV is to be towed to shelter or to port with repair facilities. Latest AIS position 44 17N 147 41E

Sep 26 UPDATE: Fire reported to be under control, the ship said to to be soon under way, to sail to Nakhodka Port, Japan sea, under own power. More than 60 crew are presently on board, to take fish factory to port of destination. 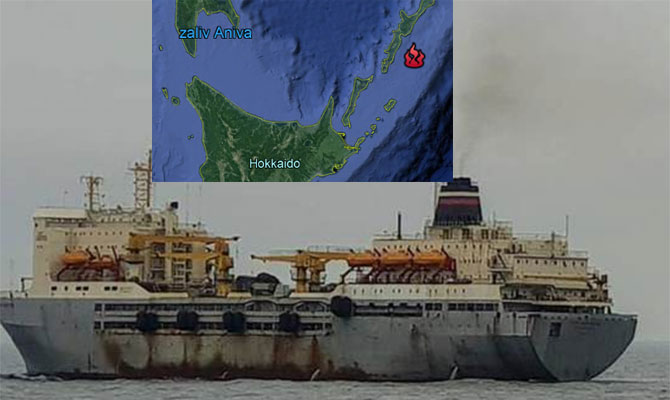