Dohle Yachts Media Release
11th September 2019 12:26
MY NERO
At 1530 hrs local time on 10th September 2019 at Amico Shipyards Dock number 1 in Genoa during drydocking operations, MY NERO listed to port and came to rest at an angle of about 30 degrees within the dock.
The yacht did not contact the dock wall and appears to have suffered only minimal damage though the surveys and inspections are ongoing. There has been no pollution or risk to the environment.
The crew safely left the yacht after the incident and there were no serious injuries sustained.
As managers of MY NERO we are working closely with the team onboard, the shipyard and all relevant authorities to rectify the situation.
The cause of the accident is under investigation.
Further media releases will follow.

Initial news:
One of the biggest and most luxury yachts of the world, yacht NERO, capsized in dry dock of Amico & Co ship repair yard at Genoa, Italy, understood on Sep 11, probably earlier. She capsized shortly after entering dry dock, reportedly after supporting block or blocks buckled in. reportedly, several people were injured, four of them seriously. Amico & Co ship repair yard is one of the few ship repair yards in the world (actually, on top of the list), specializing in mega yachts repairs. Photo ogginotizie.it
Mega yacht NERO, IMO 1008449, GT 1437, built 2007, flag Cayman Islands, 12 guests, 20 crew, for charter at around $500,000/week rate. 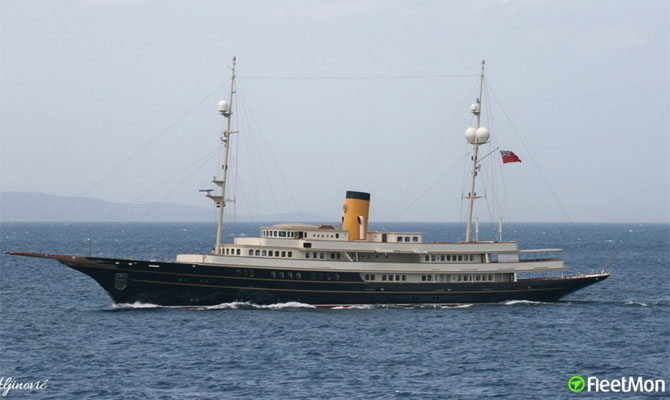 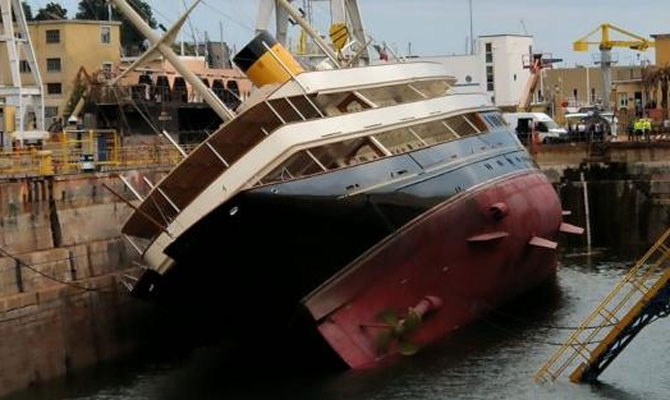