Two ships were attacked in the morning Aug 15 at Douala anchorage, Cameroon. Bulk carrier VICTORY C was attacked in position 03 52N 009 31E, at around 0130 UTC Aug 15. Ship’s name wasn’t revealed, it was said only, that it’s a Liberia-flagged Greek bulk carrier. 9 crew out of total 21 were kidnapped, all of Asian nationalities, Chinese nationalities were mentioned.
Little doubt bulk carrier in question is VICTORY C, she arrived at Douala Anchorage on Aug 12, was positioned in 03 52N 009 31E, during Aug 15, starting around 0130 UTC, changed her position.

General cargo ship MARMALAITA was attacked by pirates at Wouri river estuary anchorage, Douala, Cameroon, in the morning Aug 15, hours after VICTORY C attack. Eight crew were kidnapped, including three Russian citizen and unknown number of Ukrainian citizen. MARMALAITA has arrived at Douala outer anchorage on Aug 13 from USA via Equatorial Guinea. No other information available at the moment. 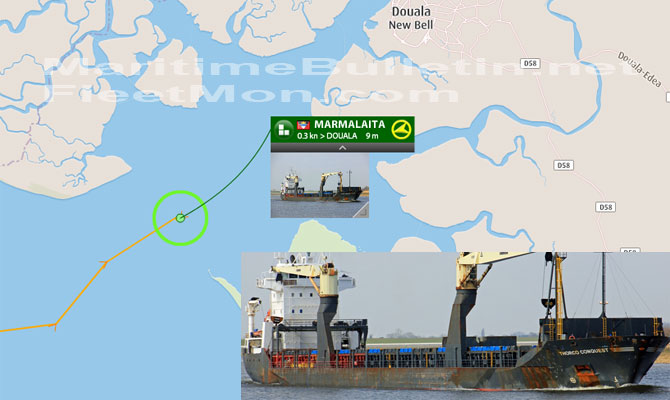 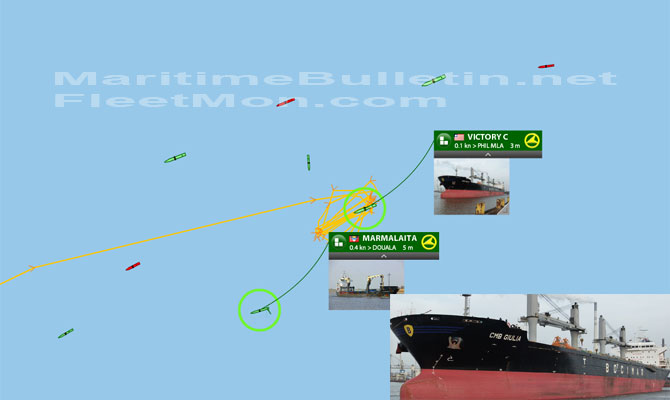