Crude oil tanker GRACE 1 loaded with Iranian crude was seized by British Mariners on Jul 4, in Gibraltar waters. Tanker was en route from Iran to Syria across Indian and Atlantic oceans via Gibraltar, with false cargo papers, identifying Iraq as country of cargo origin. US was involved in seizure, but while some (including Iran) believe, that seizure was inspired by US and carried out by UK, in pursuing of the US sanctions against Iran, others believe, that it was UK initiative, in pursuing of EU sanctions imposed on Syria.
Seizure of GRACE 1 may have two positive upshots for shipping.
Iran, cornered by the US sanctions, is the main suspect in recent tankers attacks in Gulf of Oman. Iran decided to play it rough, and now Iran gets it rough. Iran, in all probability, will get the message, and waters of Persian Gulf, Strait of Hormuz and Gulf of Oman will become more safe, as a result. With all its’ fiery “anti-imperialistic”, anti-USA and anti-Israel rhetoric, Iran knows where and when to stop and reverse to full astern.
Second possible upshot may be even more positive in near future, mitigating or disrupting devastative “environmental” regulations, imposed on world shipping. US and UK seized tanker without consulting, let alone waiting for nod, either with the EU or with the UN. They broke the walls built by international bureaucracy, and demonstrated their independence in pursuing their interests (which accidentally or not, coincide with interests of shipping). If lesson learned, other countries will follow the lead, breaking destructive for global shipping and trade regulations and bans, already imposed or pending, in order to secure their nations from irresponsible actions, practiced by unaccountable international bodies.
Crude oil tanker GRACE 1, IMO 9116412, dwt 300579, built 1996, flag Panama, manager ISHIPS MANAGEMENT PTE LTD, Singapore. 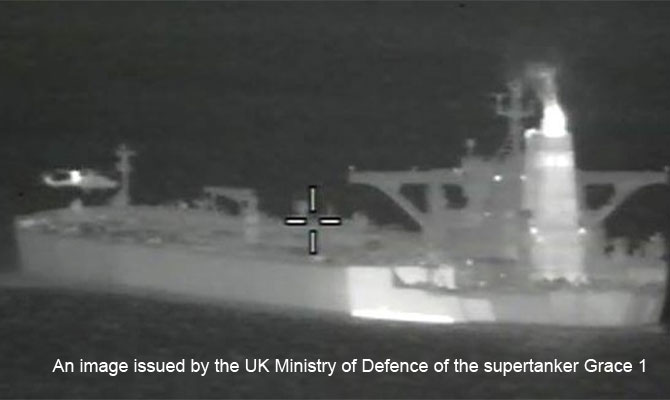