Cruise ship COLUMBUS reported hitting an unidentified submerged object on May 30 while leaving Amsterdam, bound for Norwegian Fjords with tourists on board. The ship was inspected by Port Authorities, and understood, cleared to resume voyage. At night May 31, however, the ship, being well up north in North sea, reported rudder/steering problems, believed to be the result of hitting unknown object. COLUMBUS turned back and sailed back to Ijmuiden Netherlands. She was met at sea, and assisted, by two tugs. She was safely berthed at Ijmuiden at around 0530 UTC Jun 2.
Cruise ship COLUMBUS, IMO 8611398, GT 63500, built 1989, flag Bahamas, operator Cruise & Maritime Voyages, capacity 1700 passengers, crew 700. 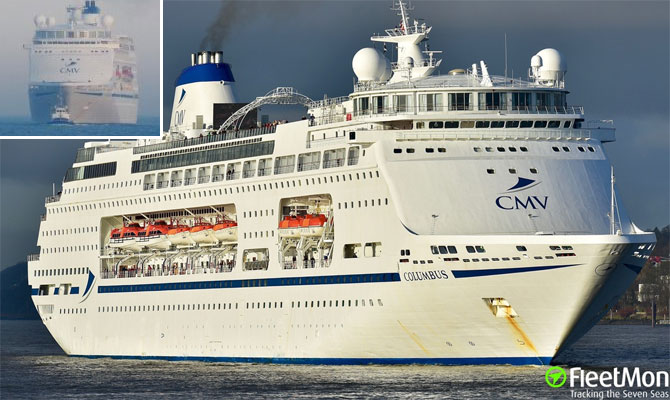