Three crew of a Dutch freighter ALANA EVITA, anchored in Bristol Channel off Minehead, UK, went ashore on an inflatable in the evening Mar 20, to relax in local bar. They sailed back to ship at around 0345 LT Mar 21, and were declared missing some 3 hours later. They’ve been found at around 0830 LT by rescuers, on a Flat Holm island, more or less safe and sound. They’re Russian, Dutch and Philippine nationals. It was quite a large-scale SAR, deploying RNLI life boats and Coast Guard helicopter.
General cargo ship ALANA EVITA, IMO 9356529, dwt 3261, built 2009, flag Netherlands, manager WAGENBORG. 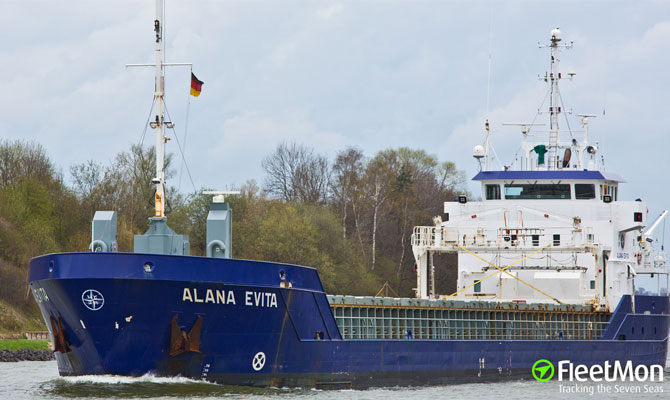