GRIMALDI’s ro-ro cargo ship GRANDE AMERICA reported fire on board at around 1900 UTC Mar 10 in Biscay Bay some 140 nm southwest of Penmarch, Finistere, France, while en route from Germany to Morocco. The ship stopped and started to drift, at around 0100 UTC Mar 11 Master informed MRCC on his decision to abandon the ship, because fire in containers, initially under control, started to spread. All 27 people on board, 26 crew and 1 passenger, went into a lifeboat, and were rescued by Royal Navy frigate HMS Argyll at around 0300 UTC, all safe and sound.
Ship’s AIS missing, as of 1430 UTC Mar 11, during last 18 hours, condition and status of the ship unknown.
Ro-ro cargo ship GRANDE AMERICA, IMO 9130937, GT 56642, built 1997, flag Italy, operator GRIMALDI Group. 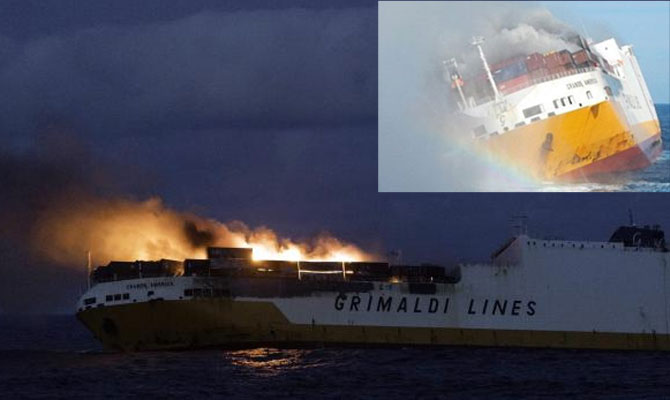 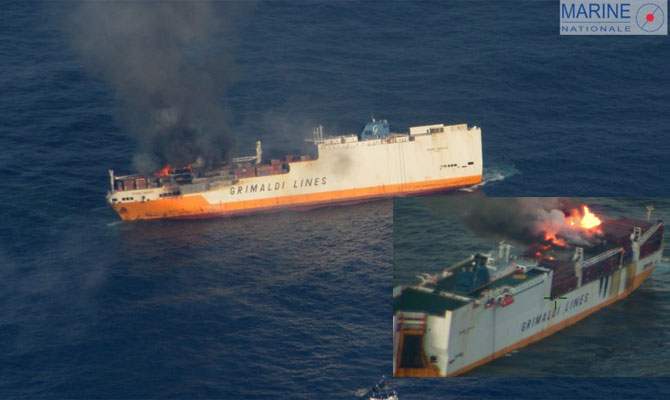 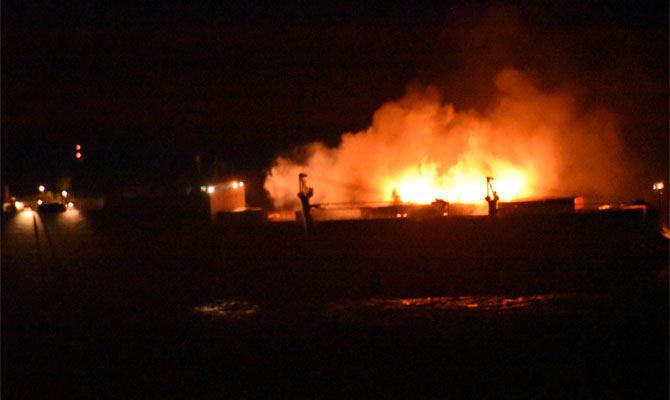