Pusher tug PRIBOY, berthed at Pier 2, Temryuk Port, Russia, Azov sea, in the morning Jan 17 was reported to take on water via breaches in ballast tank, forepeak and engine room. Tug developed stb list, pumps on board couldn’t control water ingress. Attempts to prevent capsizing failed, in the afternoon tug capsized and rested on bottom by stb, with fore being submerged. Crew left the ship. Divers were deployed to seal the holes, wreck to be removed soon. Whether tug is total loss, or may be recovered, is unknown, but insiders said she’s a total loss and will be scrapped. Oil leak under control, being contained by boons and later cleansed.
Pusher tug PRIBOY, IMO 8927711, GT 837, built 1992, flag Russia, owner OJSC DonRechFlot, Rostov. 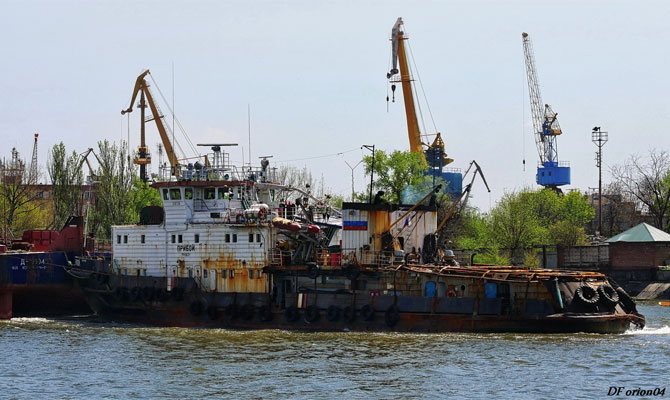 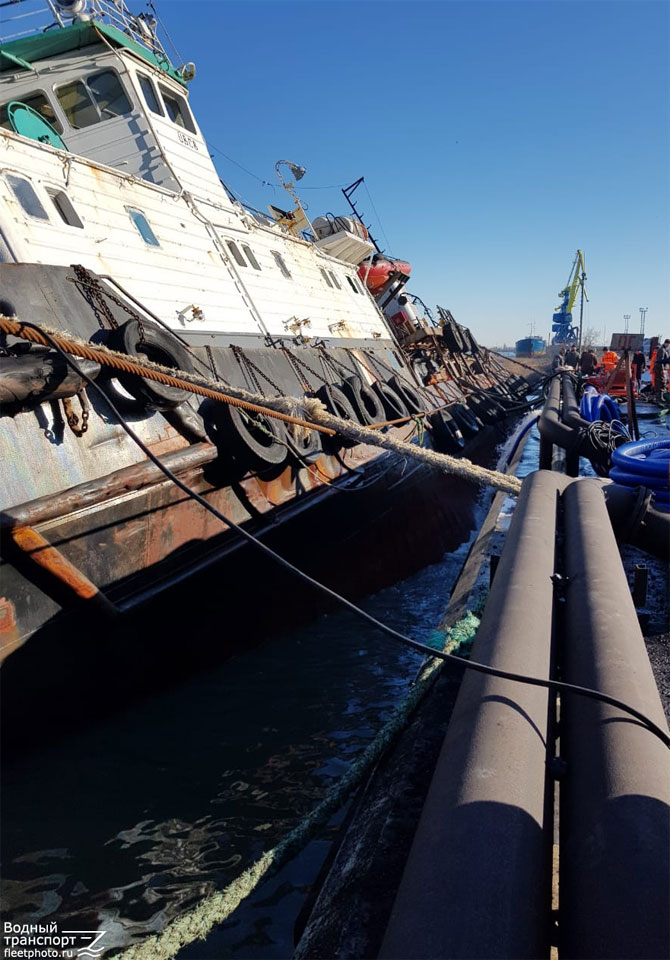