Greek Coast Guard found a gas cylinder, connected to underwater hull of container ship EVER CONQUEST, at Keratsini Piraeus Container Terminal, early in the morning Oct 17. 51 plastic packages were hidden in cylinder, containing some 53 kilograms of marijuana. It was reported also, that Master of the ship was arrested, without any further explanations, as to why and on what grounds. Can a Master of big ocean-going container ship be involved in marijuana contraband? Not even cocaine, not tons of it, but just fifty kilo of weed?
Container ship EVER CONQUEST, IMO 9293818, dwt 100909, capacity 8073 TEU, built 2006, flag Portugal, manager NSB / Chartered by Evergreen Marine. 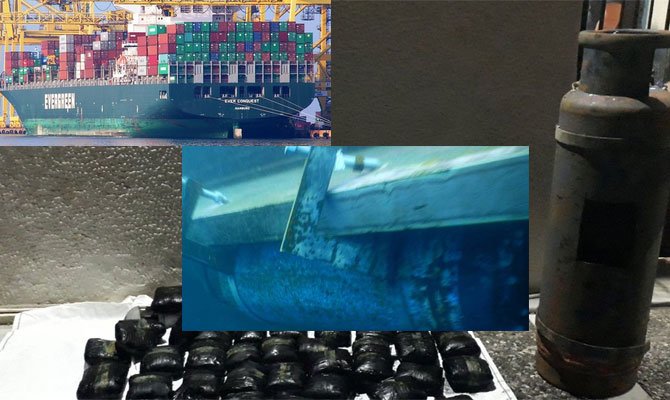