General cargo ship GRIFTBOR ran aground shortly after leaving Hargshamn, Sweden, at around 2330 UTC Oct 5, while en route to Stockholm. At 0730 UTC Oct 6 vessel was still aground with tug at her side. GRIFTBOR according to track, veered off fairway and ran aground at some 4-5 knots speed, she’s probably hard aground. No leak reported, blackout said to be the cause of an accident.
General cargo ship GRIFTBOR, IMO 9116008, dwt 4149, built 1995, flag Antigua, manager MPV Management, Estonia. 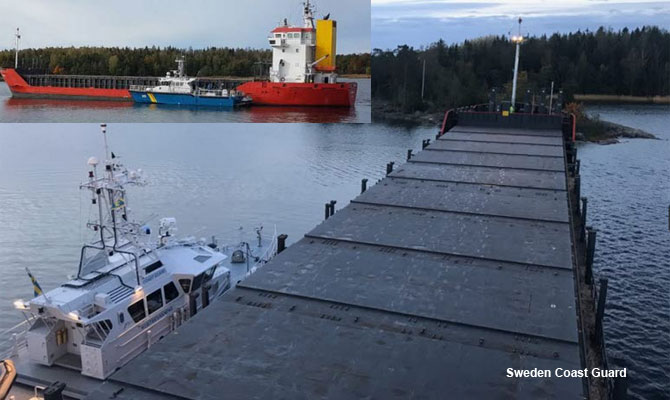 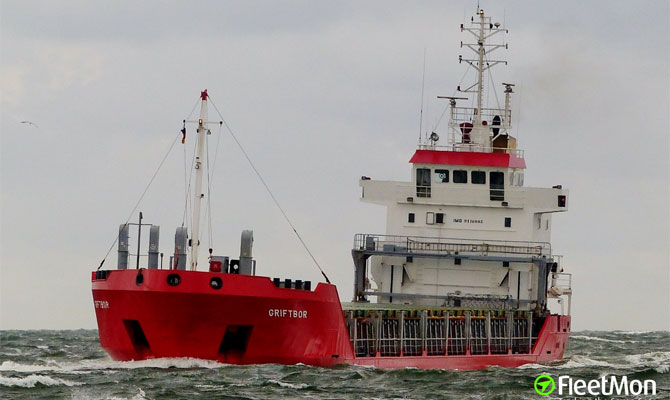