May 26 Update: SPAARNEGRACHT was taken on tow by DIAN KINGDOM at around 1100 UTC May 26, port of destination yet unknown. The caravan is sailing in general east direction, most probably heading for Europe, at some 6 knots speed.
May 26 Update: Still adrift, tug DIAN KINGDOM (IMO 9660944) on approaches, most probably the ship will be taken on tow on May 26.
May 20: SPAARNEGRACHT, IMO 9202558, dwt 21402, North Atlantic north of Azores – NUC since may 19, en route from Sweden to Baltimore USA, ETA May 23.
General cargo ship SPAARNEGRACHT, IMO 9202558, dwt 21402, built 2000, flag Netherlands, manager SPLIETHOFF’S BEVRACHTINGS BV. 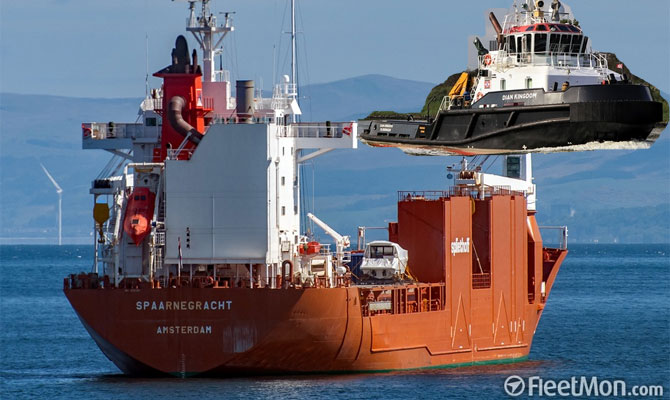