Russian MFA made a statement on May 23, saying that 11 kidnapped crew of Dutch freighter FWN RAPIDE were released by pirates, presumably on May 22, including Master of the ship of Russian nationality. No other details were given, understood semaen were released after ransom was paid. All crew are said to be safe.
General cargo ship FWN RAPIDE was attacked by pirates on Port Harcourt approaches, Nigeria, Bight of Bonny, in the morning Apr 21. 11 crew members were kidnapped. http://maritimebulletin.net/2018/04/25/dutch-freighter-attack-contact-with-kidnapped-all-11-are-alive-kept-together/
General cargo ship FWN RAPIDE, IMO 9320520, dwt 10609, built 2005, flag Netherlands, manager FORESTWAVE NAVIGATION BV. 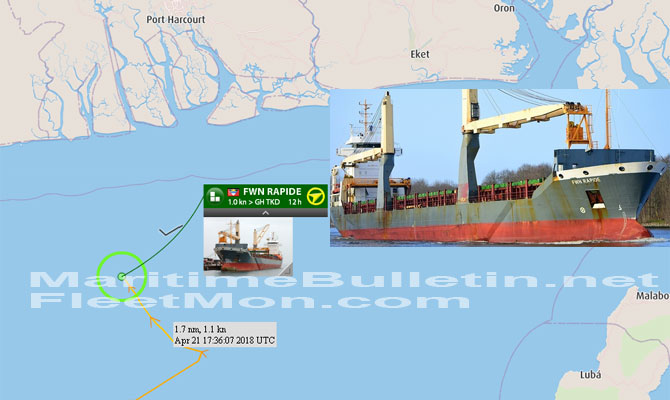