Bulk carrier INCE INEBOLU manager company INCE DENIZCILIK VE TICARET A.S. made a statement on May 12 describing the details of an incident – the ship was hit by a missile at around midnight May 12 being some 70 nm off Yemeni coast. Missile hit the ship in Hold 3 area and exploded inside. After the attack, INCE INEBOLU was boarded by Saudi Navy team, which closed down all ship’s communications. Bulk carrier was ordered to sail to Jizan port, Saudi Arabia. Company’s statement was written on board of the ship after company’s representatives were allowed to board the ship by Saudi forces.
Statement and all photos here: http://www.denizhaber.com/deniz-kazalari/ince-denizcilik-fuze-saldirisina-iliskin-basin-aciklamasi-yapti-h74939.html
Understood INCE INEBOLU is in Jizan port since May 12, AIS obviously, is switched off.
In other words, the statement was written under Saudi forces close supervision. Prior to that, Saudi Arabia said an explosion occurred inside the ship, not mentioning possibility of an attack. Undoubtedly the statement is Saudi Arabia’s version of an accident. Saudis soon found out, that their inner explosion version just doesn’t fit, after thankfully, photos were made public. But missile hit scenario doesn’t fit, either. Houthis said, that there was an air strike, and photos fit into Houthis version. Saudis meanwhile, lied from the very beginning, and most probably, lied again.
I don’t know and don’t understand what exactly is going on in Yemen and why Saudi Arabia is fighting Houthi (as well as why Houthi are considered to be terrorists, and Saudis aren’t), but Houthis are no less trustworthy in what they say about this or that accident, than Saudi Arabia does. Most probably, Saudis will blame Houthi for INCE INEBOLU accident, but facts tell otherwise. Who cares, though? Saudis are, for now at least, good guys, according to major media. Houthi are bad guys, and this is it.
Full story: http://maritimebulletin.net/2018/05/11/turkish-bulk-carrier-with-russian-wheat-bombed-by-saudi-forces/ 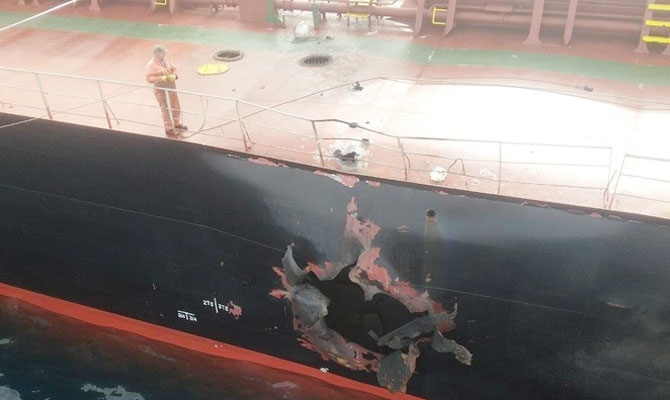 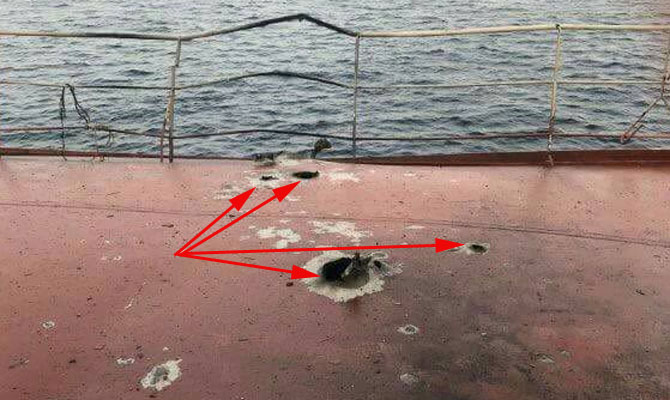 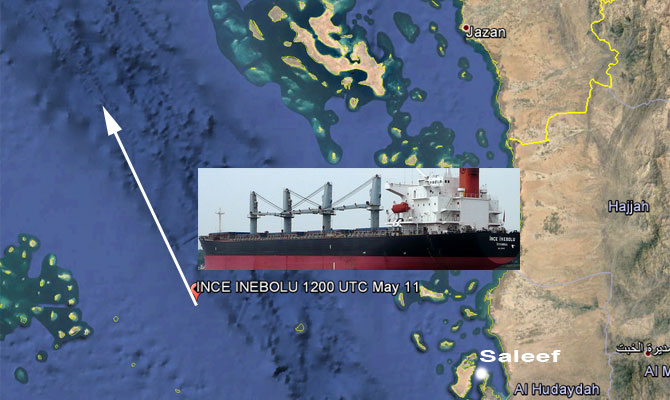