Three Chinese crew members were taken by tug from bulk carrier FENG HUI HAI and transferred to hospital at Jamnagar port, Gujarat, India, on Apr 22, with gas poisoning symptoms. On arrival to hospital, two were declared dead, one is treated for poisoning. Bulk carrier entered Gulf of Kutch on Apr 21, arriving from Indonesia with cargo of coal. Media mentioned gas leak, but didn’t give possible source of leak – was it from cargo holds, or did the gas leak somewhere else. Bulk carrier presently in anchored off Jamnagar, Gujarat, Gulf of Kutch.
Update: Coal gas is the cause of an accident – one crew went into hold and was affected by gas, two other went in to help him, and also suffered gas poisoning.
Bulk carrier FENG HUI HAI, IMO 9727649, dwt 63261, built 2017, flag HK, manager COSCO. 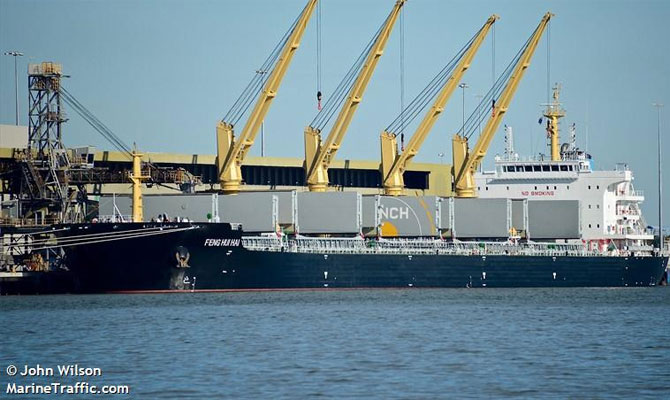