General cargo vessel LADY BOSS was intercepted by forces of Spanish Tax Agency Agencia Tributaria on Aug 8 east of Gabraltar Strait in Alboran sea. Vessel was suspected in possible drug trafficking after she was spotted, several days earlier, by Tax Agency surveillance plane in Strait of Gibraltar in area, known for being used by traffickers for drugs loading. According to AIS, vessel was en route from Bejaia Algeria to Alexandria Egypt, she instead, sailed to Strait of Gibraltar. Customs and Tax Agency teams intercepted vessel and took her to Almeira, Spain, where she was checked. 600 bales of hashish, totaling some 18 tons, were found. Vessel and 13 crew, including 11 Ukrainians and 2 Bulgarians, were put under arrest.
General cargo vessel LADY BOSS, IMO 7721964, dwt 4195, built 1982, flag Comoros, manager ABIS DENIZCILIK GAYRIMENKUL according to AIS. 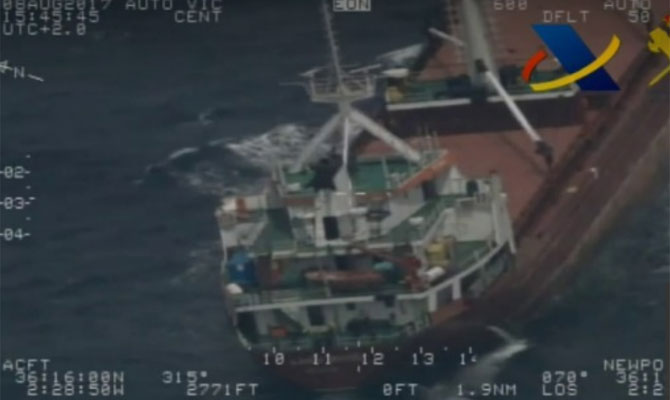 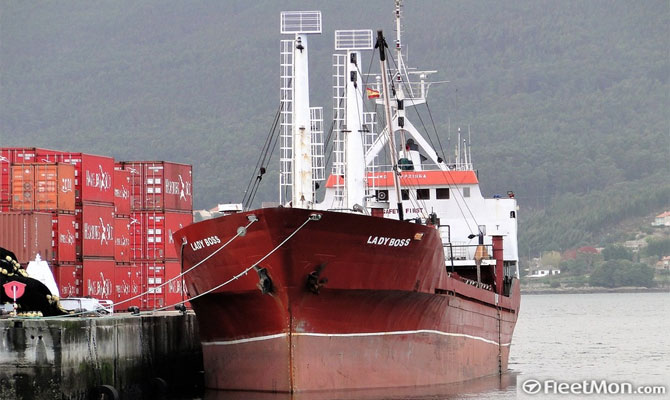