// June 27: UK Coast Guard was alerted by Yemeni Coast Guard in the morning June 26, reporting sinking tanker RAMA 2 and lack of capacities to launch SAR. UK CG coordinated SAR, directing to sinking tanker nearby merchant ships. 12 out of 14 crew were rescued by nearby merchant ships, 1 was rescued by UK Navy helicopter, 1 is missing. SAR was hampered by adverse weather. Tanker said to carry some 3,000 tons of fuel on board.
News are spreading in media on an explosion and sinking ship off Puntland coast, Somalia, on June 25.
A huge explosion has been heard from a ship off the coast of Somalia’s Puntland region with flames seen rising from what was possibly a foreign naval vessel, an official has told Reuters.
“We heard (a) huge explosion and flame rising from the ship. I believe that the ship is foreign,” Ali Shire, mayor of Puntland’s port town of Alula, a pirate haven, told Reuters on Tuesday.
He said he believed the ship was likely a naval vessel because two foreign navy ships had helped rescue the crew.
Probably they witness RAMA 2 disaster. See http://maritimebulletin.net/2017/06/26/tanker-reportedly-sank-in-gulf-of-aden/ 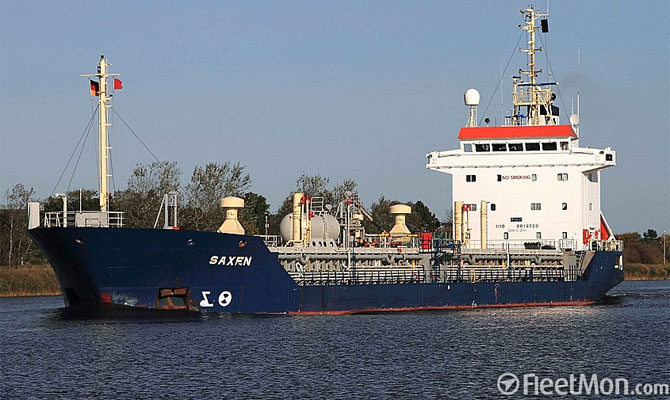