Russian 63-year old Captain died on board of the ship under his command, on Sep 1 or Aug 31, “because of natural causes”, according to preliminary report. The ship was positioned off Arish port, North Sinai, Governorate of Egypt, Sinai Peninsula. He collapsed, and died, his body was transferred to Arish Hospital for forensics, investigation and formalities requiested for sending body to Russia. Ship wasn’t identified, but as of present, there’s only one ship docked at Arish, general cargo ship GULF BLUE (IMO 9125073, dwt 4450, flag Antigua, operated by Turkish Company). She arrived at Arish anchorage on Aug 30, was berthed on Sep 1. Ship’s ID is not confirmed. 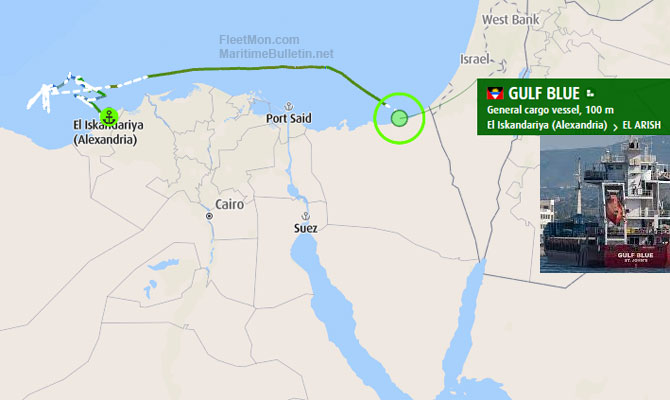