May 10 1440 UTC UPDATE: 1 crew reportedly died, fire is extinguished. 13 crew include Turkish, Inidan and Azerbaijan nationalities. Fire erupted on the bridge and probably, damaged or destroyed some or all equipment, that’s why AIS is off.

Russian media reported, that fire broke out in superstructure of one of cargo ships anchored off Temryuk Port, Russia, Azoa sea, in the morning May 10. The ship is said to be Turkish, she doesn’t require assistance, assuring authorities that the crew will extinguish fire by own means. Ship’s name wasn’t revealed, but according to photo and AIS map, it’s Turkish freighter AKUA. She left Temryuk port on May 8 and anchored on Temryuk anchorage, she’s bound for Karasu Turkey. AIS signal missing during last 4 hours as of 1200 UTC May 10.
Genral cargo ship AKUA, IMO 8826369, dwt 3332, built 1989, flag Vanuatu, manager ALKARBON ENERJI MADENCILIK. 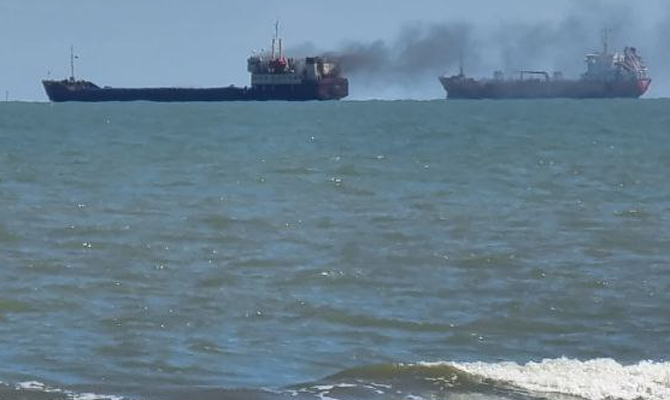