Fire erupted in cargo hold of general cargo ship NS SABINA, docked at Ortona, Italy, Adriatic sea, in the morning May 6. Billowing smoke triggered fire alarm, firefighters responded, while the ship had to shift berths to move away from nearby ships, including tanker. Some cargo had to be offloaded in order to get access to hold and fire bed. Fire was extinguished, no major damages reported except cargo packaging.
General cargo ship NS SABINA, IMO 8616635, dwt 2722, built 1986, flag Panama, manager MOTEGA SHIPTRADE LTD, Albania. 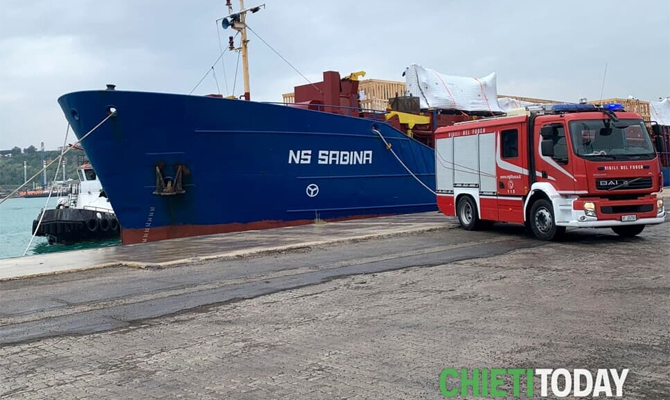