General cargo ship AZBURG, berthed at Berth 16 in Mariupol Port, Ukraine, Azov sea, was fired upon by reportedly, Russian military, at around 2240 LT Apr 4. Character of firing unknown – whether it was shelling, bombing or the ship was hit by missile. The hit or hits, caused fire in engine room, of 12 crew 1 was injured. No updates, additional info, as of morning Apr 5.
The ship arrived at Mariupol on Feb 23 from Burgas Bulgaria, with cargo of containers.
General cargo ship AZBURG, IMO 9102899, dwt 10028, built 1995, flag Dominica, ISM manager DNEPRTRANS PC, Kherson, Ukraine. 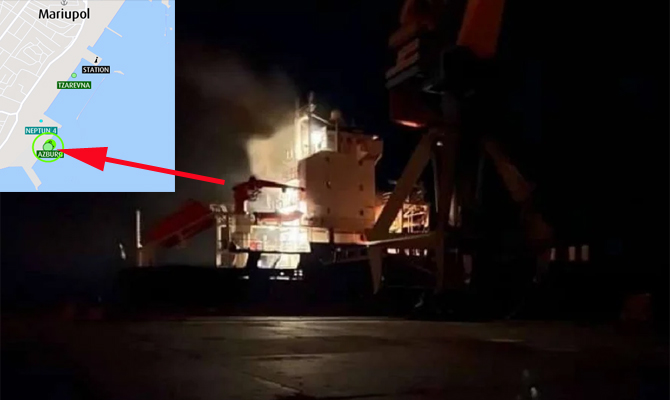