1310 UTC Mar 3 UPDATE: According to latest info confirmed by ship’s manager, Estonian company VISTA Shipping Agency, the ship sank, 2 of the crew went into life raft, 4 remained trapped on board. The ship was hit by something, or hit mine – there’s no clarity here. 2 crew on life raft are missing, VISTA can’t get any information with regards to their fate, condition.
UPDATE: All 6 crew rescued.

General cargo ship HELT on Mar 2 was reported by Ukrainian defence and maritime authorities, as captured by Russian Navy and used as a shield from either Ukrainian fire, or as disguise to prevent enemy radar detection. In the afternoon Mar 3 the ship was reported by Ukrainian sources as sinking, with heavy list, abandoned by crew, which went into life rafts. No clarity, no understanding, no impartial information on this case, so far. As of 1200 UTC Mar 3, ship’s AIS was still on, she was 16 nm SE of Odessa, anchored or adrift. One more piece of info – allegedly, she’s or was used by Russian Navy Landing Crafts, approaching Odessa for troops landing and general attack on one of the main ports of Ukraine, and one of the main targets of invasion.
General cargo ship HELT, IMO 8402589, dwt 2086, built 1985, flag Panama, manager VISTA Shipping Agency, Estonia. (EQUASIS) 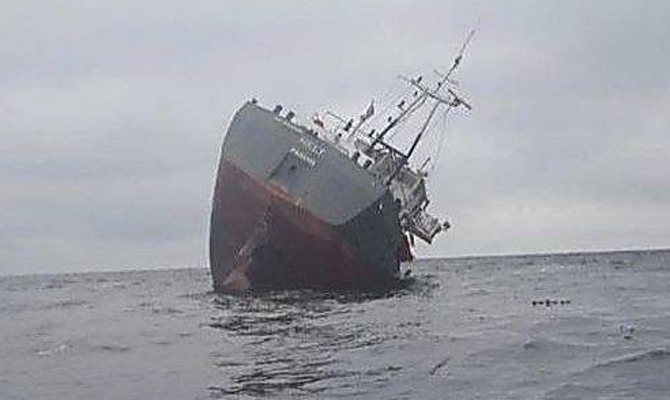 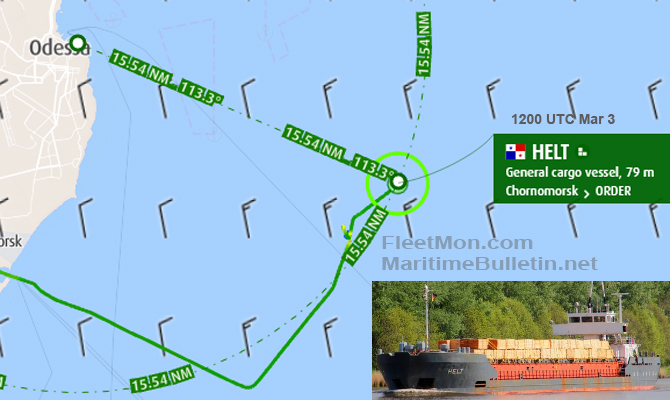