Ukrainian crew member of mega yacht LADY ANASTASIA, belonging to Russian arms tycoon, attempted to sink the yacht in Adriano, Mallorca, Spain, on Feb 27, by opening valves and blocking fuel pipes, to disable pumps. He did it because he couldn’t contain his anger, after he saw, how Russian military helicopters attacked and hit with rockets living apartments building in Kiev. Regretfully, yacht though partially submerged, was rescued by two other crew, also Ukrainians. When police arrived, he gave himself in and took all responsibility, saying that owner of the yacht is a war criminal, producing arms which kill civilians in Ukraine. He was arrested but later released, understood on bail. He worked as crew member of this yacht for 10 years, and he said he has no regret or remorse for what he did.
Luxury yacht LADY ANASTASIA, IMO 8742496, GT 476, built 2001 (refit in 2018), flag Bahamas, 5 cabins for 10 guests, crew 9, owner Alexander Mikheev, Russian arms tycoon, head of Rosoboronexport and Russian Helicopters corporations. 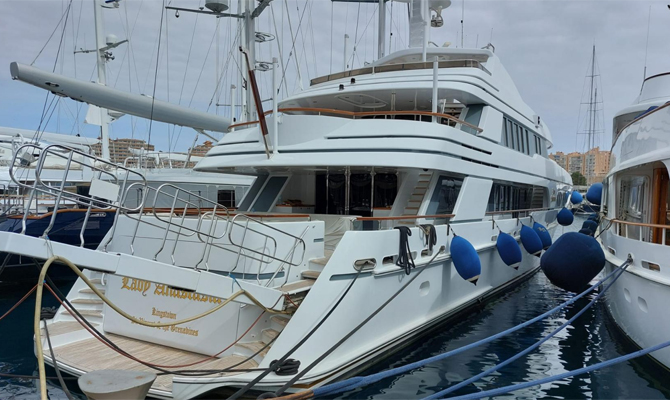