Fire erupted on board of Chinese tanker GOLDEN TREE on Feb in Persian Gulf, when the ship was en route from Sohar Oman to Dayer Iran. Iranian SAR ship responded, arriving at the scene in the afternoon Feb 6. Fire is reportedly, extinguished. Not clear if 17 crew were evacuated, Iranian sources said only, the thay “were rescued”. Tanker AIS is off during last 16 hours, she was adrift according to latest positions. Understood fire erupted late Feb 5 or early Feb 6, when the ship was some 30 nm SW of Dayer.
Product tanker GOLDEN TREE, IMO 9182796, dwt 18736, built 2002, flag Panama, ISM manager OCEANWE SHIPPING LTD, Qingdao, China. 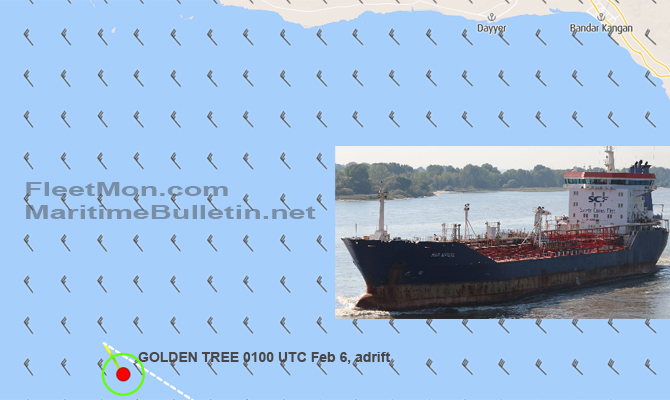