Jan 5 UPDATE: All 8 crew were airlifted and transported to Nkolayevsk, Amur river estuary, at around 0800 LT (UTC +10) Jan 5, all are safe. Evacuation has been carried out by emergency agency helicopter. Ship’s AIS is on, latest position 0100 UTC Jan 5, continues drifting with ice floes in ENE direction.

Landing craft GRIGORY LOVTSOV with 8 crew and vehicle on board issued distress signal on Jan 4 in western Okhotsk sea, waters of Shantar Archipelago, one of most far off and unpopulated areas of Russian Far East. Small cargo ship got stuck in ice and later suffered a black out. Captain asked for crew evacuation, fearing that the ship will be crashed by ice. Russian Emergency Agency is scrambling a helicopter to rescue the crew, situation is developing.
Landing craft GRIGORY LOVTSOV, IMO 8974922, GT 272, built 2002, flag Russia, owner ANTRAKS Co., Vladivostok. 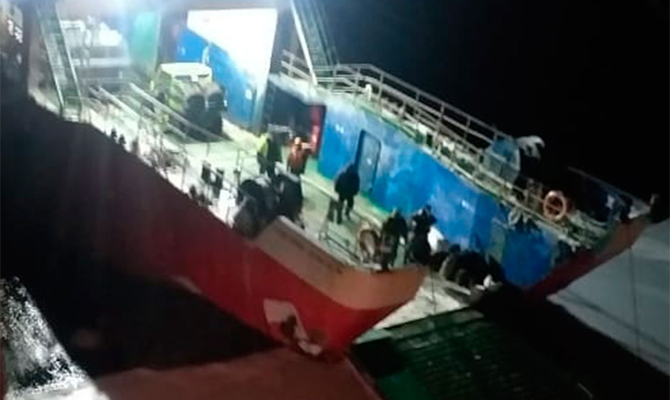 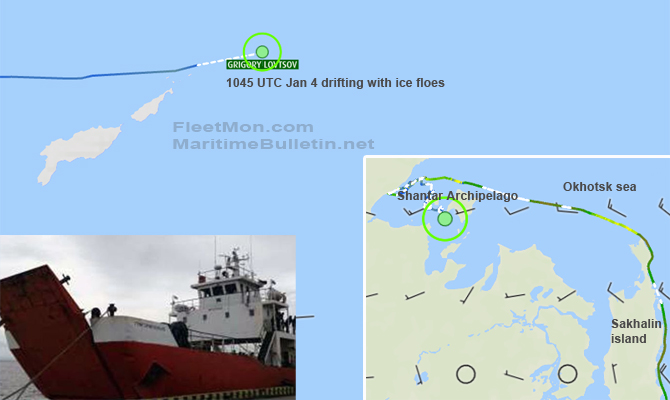