Bosun of general cargo ship TIKSY died in a tragic accident on board early in the morning Dec 31, when the ship was sailing in Barents sea off Novaya Zemlya Archipelago, Russian Arctic, en route from Dudinka to Arkhangelsk. The ship was battling a strong storm, several containers on cargo deck became unstable and were about to shift, Bosun with several AB approached containers, with the purpose of securing them. One of containers went loose at this time, and collapsed, crashing Bosun. He sustained mortal injures including torn off legs, and died almost on the spot. As of Jan 2, the ship was steaming towards port of destination, Arkhangelsk, native town of the deceased.
General cargo ship TIKSY, IMO 8821802, dwt 12150, built 1990, flag Russia, manager TC NORD PROJECT LLC, Arkhangelsk, Russia. 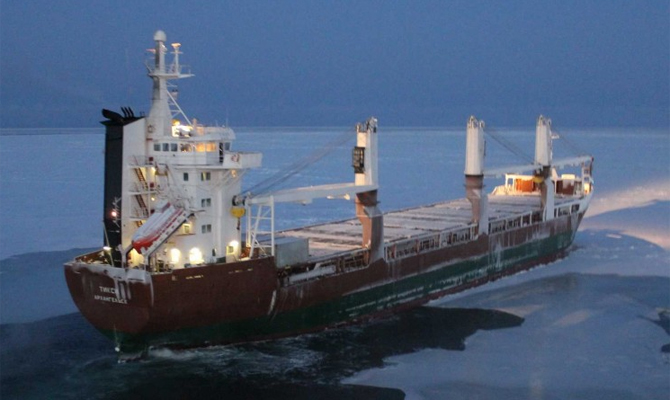