Dec 13 1440 UTC UPDATE: Capsized KARIN HOEJ is under tow, salvors are trying to tow the hull to shallows, to avoid sinking. 2 missing crew are not found yet. 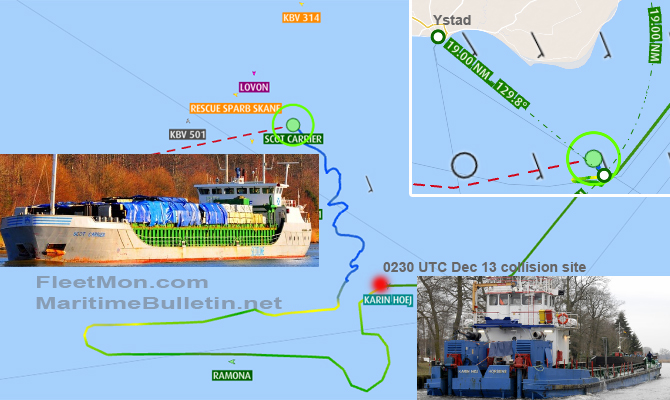