General cargo ship YEKATERINA was arrested in Oristano port, Sardinia, Italy, on Nov 5, on arrival from Rostov, Russia. The ship, as it transpired was in “Wanted” list during several months already, after her owner or manager was found guilty of being paid freight in advance, but failing to pick up cargo and deliver it. The ship was to load cargo in Singapore last year, understood during her maiden run from China where she was built, to Med/Black sea region, her future trade area. The company which took 1,252 mil euro credit for goods transportation, is identified by Italian authorities as Virtual Shiptrade Company, registered in Marshall islands.
The ship, initially, was ordered by biggest Russia foods manufacturer, ASTON.
General cargo ship YEKATERINA, IMO 9874791, dwt 7867, built 2020 (China), flag Russia, manager TRAVELER SHIPPING LTD, Rostov, Russia. 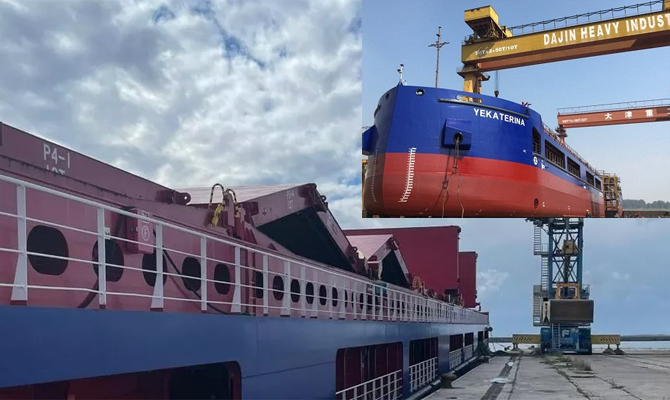