Cargo ships near collision in Huangpu river on Sep 9 2021 – one of the ships (stern view) recklessly speeds out from channel and sailed straight into opposite lane, endangering the oncoming ship. Latter ship had to swing to starboard and nearly hit the bank, it was escorting tug which saved the day. Reportedly, Captain of reckless cargo ship is to be penalized. 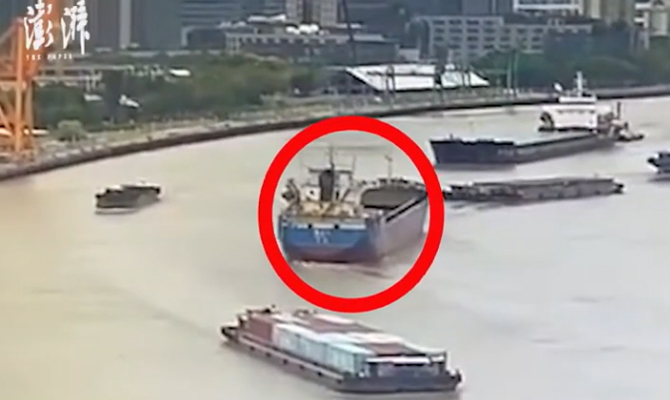