Shipping industry’s ruling “elites” keep pushing vaccination agenda with increasing vigor, but of course, the rate of crews mass (mandatory) vaccination is estimated as absolutely unsatisfactory. “Only” 15% of seagoing personnel have been vaccinated, compared with 25% of the world’s population, according to industry mainstream. What are the real figures and statistics of vaxxed crews? We don’t know, it’s a secret. They’ve been talking about “15%” some two months ago, and as of late Aug – early Sep, it’s still 15%. But here and there we find news released by shipowners or management companies, boasting of 70% – 80% and more of their crews, being already stabbed with “vaccines”.
As everything with industry and its’ “elites”, they don’t know, what real figures are, and where do they stand. Neptune Declaration Crew Change survey found that only 15.3 percent of the seamen worldwide is vaccinated. ICS believes, the figure is at least 20%.
I believe the real figure is much higher than those given by Neptune Declaration idiots or ICS colluders, I have no doubt that the rate of “vaccination” is very high, judging from tit-bits of info I receive. Seamen do get the jabs very actively, and they have enough options to do it, either in their countries or when their ships call ports, designated as “vaccination hubs”.
We know, that many major management companies made jabs (vaccination certificates, to be correct) a must, so their sign-on crews got the jabs while at home, in their native countries.

Saddened shipping CEOs
Persons like DNV Maritime CEO, Knut Orbeck-Nilssen, or any given major CEO, express their sadness and concern over low vaxx rate, at each and every opportunity, appropriate or not.
All Funds Associations, maritime bodies, trade unions, societies, NGOs, media and so on, which are busily and successfully ruining shipping industry, have almost unlimited resources at their disposal. They waste and dump fortunes, pursuing lunacies like “green ships” or Happiness Index crap or tons of like-oriented BS, but with that, they can’t create and launch an open industry System of reporting crews vaccinations and adverse effects of the vaccines.
How to treat do-gooders
Next time any scumbag from trade union or mission or charity or media or whatever, talks to crew, bash the scumbag with obvious and very simple questions:
Does a seaman have a right of “informed consent” prior to jab, yes or no?
If he does have such a right, why there is no information available to him, to comprehend and assess all risks and benefits ensuing from vaccination?
Where is an open updatable database on crews vaccination, and if there’s no such database or it is kept secret, why it is so? What is their reason or reasons behind this suspicious secrecy?
Ask them these question – you won’t get any honest answers, you won’t get any answer at all except their usual Orwellian-language gibberish, and with that, you’ll be in your full right to say to them loud and clear: Fuck you, scumbag, get lost. Or you may shoot it out in Russian: Poshel nahui, pidar gnoiniy!

My roadmap to survival, recommended for everyone who’s yet sane and healthy:
1. Avoid mRNA jab (Pfizer, Moderna, AstraZenica, J&J, Sputnik (Russian analog of mRNA deadly brew) by all means possible, take whatever actions it takes, wait out – do anything humanly possible to save yourself and your family from deadly shots;
2. If there’s no choice, no way out, find other options, basically any option to obtain vaxx certificate without physical jab, without poisoning your body. In Russia market already emerged, spreading like wildfire, for obtaining certificates without pumping one’s body with deadly stuff.
3. If you’re cornered and have to get the actual jab, take so-called “classic vaccine” – Sinovac or Russian analog, Kovivak. You (I, all the people) don’t need this vaccine, at all, but at least “classic vaccines” aren’t that deadly or ruinous for your health.
4. The best option is option No.1 – dodging the jab, because the jabs (“orange” or real) are recorded, and there’s a highly probable outcome of all jabbed to become black listed, black marked, as superspreaders of unknown substances, generated by so-called “vaccines”. Staying off the “medical” radars is the best option.
One important issue to keep in mind – we have all the legal rights in this Universe, God-given and else, to avoid jabs and violate the unlawful “laws”, enforced upon us by hostile tyrannies throughout the world. We are not criminals, but “the authorities” are. They all deserve tribunals, court martial trials, court trials – whatever. They’re hardcore criminals guilty of mass murder and genocide. We’re on the right side, they’re on the very dark, satanic side, they’re damned and they’ll pay the price. Resistance to medical tyranny is more than being just justified, it’s our duty to ourselves, to our children, and to next generations. Resistance is Godly deed, submission is Evil.

Strengthening your innate immunity
Meanwhile, strengthen your own, God-given, immune system, by fighting obesity; by exercising; by taking vitamins. Smoking is OK, smokers are substantially less vulnerable to covid or whatever it is, than non-smokers (EU studies on the subject were carried out in 2020 in early stages of the “pandemic”). Best friends of our immune system are fresh air, sun, water, and more – everything normal is good, everything abnormal (it is called “new normal”) is unhealthy, bad and plain dangerous. No masks, no distancing, no hand sanitizing – they’re the worst enemies of your body and health. Communicate with others, talk, hug, have sex (with opposite sex, not with “gender diversity”) – have a good old normal life, don’t cage yourself into devious “new normal” lunacy. Covid- prevention guidelines and guidebooks issued by “maritime organizations”, are indeed, guidelines to stay healthy – providing you do exactly the opposite to what the scumbags “recommend” or mandate.
Peace of mind and soul
Turn to true God, to Bible, to find the truth, understanding, strength and solace. If a priest advocates vaxx and submission to “authorities”, “new normal” abnormal and immoral lifestyle, he’s a false priest of a false religion, he sold himself to Satan. See “the authorities”, MSM, “industry leaders”, for what they really are – mortal enemies of every normal human being. Behave and react respectively, if you want to survive.
Choice is yours
If nonetheless, you choose to put your trust in maniacs and scumbags, in so-called “science” (pseudo-science), in lies, deceptions and abominable filth of their New World Order cult, be you driven by genuine fear of non-existent “deadly pandemic”, or because you think the easiest way out is submission and total rejection of your personality, you have nothing and nobody to blame for what’s to come to you, and your family, and your children. You made your choice, and God won’t help you, don’t count on that. Probably it’s all is a great purge of humanity, I don’t know.

Here are some pieces of info for your informed consent or informed refusal:
A new study out of Israel suggests natural infection offers a much better shield against the delta variant than vaccines. Here’s an excerpt from a report by Science Magazine:
The new analysis relies on the database of Maccabi Healthcare Services, which enrolls about 2.5 million Israelis. The study, led by Tal Patalon and Sivan Gazit at KSM, the system’s research and innovation arm, found in two analyses that people who were vaccinated in January and February were, in June, July, and the first half of August, six to 13 times more likely to get infected than unvaccinated people who were previously infected with the coronavirus. In one analysis, comparing more than 32,000 people in the health system, the risk of developing symptomatic COVID-19 was 27 times higher among the vaccinated, and the risk of hospitalization eight times higher.
…
Israeli data shows Pfizer’s COVID-19 vaccine efficacy has dropped from a relative risk reduction of 95% during its early trials to just 39% by the end of July, so now the Israeli government is pressuring citizens to take a third “booster” dose, saying its vaccine passports will expire after six months for those who’ve only had two experimental shots.
…
Over a year ago, it was considered “conspiracy theory” to suggest that covid vaccines were a never-ending mRNA program, requiring routine booster shots and periodic updates to human cells. After all, an effective vaccine should generate robust memory B cells that last longer than three weeks. But with Pfizer and Moderna’s mRNA vaccines, a second dose was conspicuously required after just three weeks. If the vaccine science failed in less than a month, how many doses would ultimately be required for people to consider themselves “safe” and “fully protected?”
Israel already said fourth and fifth booster shots coming soon; Australia following, same story in the US, soon to be elsewhere. Plus two daily pills. Plus “new normal” and regular lockdowns. One must be indeed, an imbecile, to still believe in “deadly pandemic” scam. 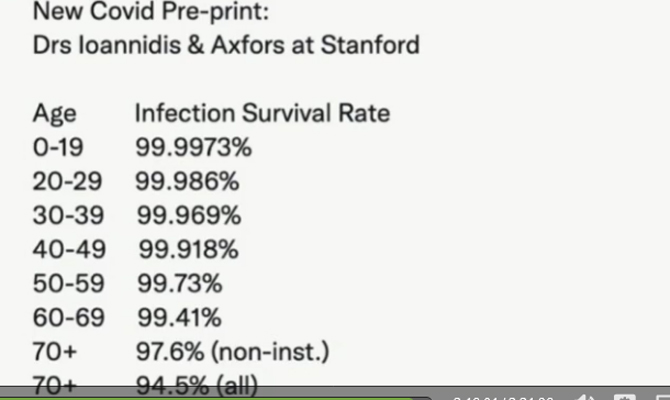 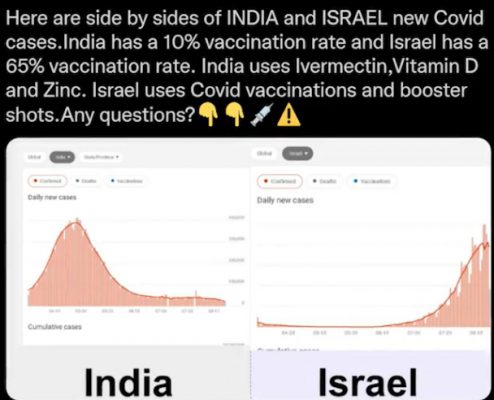