Andrzej Lasota, Polish citizen, Captain of bulk carrier UBC SAVANNAH, was acquitted in Mexico of drug traffic related charges, and freed, after being held in prison since July 2019.

Initial story:
Mexican law enforcement agency on Jul 28 reported cocaine bust on board of US bulk carrier UBC SAVANNAH, docked at Altamira port, Mexico, Gulf of Mexico. The ship arrived from Barranquilla, Colombia, on Jul 23, and was thoroughly checked, 227 packages weighing 225 kilos were found in rather unusual place, in cargo hold, buried in cargo of ore.
Crew is Filipino with 3 senior officers, including Master, being Polish nationals. All were arrested. On the night Jul 26-27 Master of UBC SAVANNAH ordered immediate stop to all cargo operations and to close holds, when informed by crew, that suspicious packages were found in hold deck during offloading of cargo. He duly informed local authorities. On Jul 27 the ship was boarded by law enforcement personnel and authorities, but no crew were arrested, for the time being. They were arrested, all crew, some two days later. Their cabins were searched, all their personal belongings including money were seized, without issuing any search warrants. All crew are kept, since, in one cell, excluding Master, who’s locked in a single cell.
No information on trial date, meanwhile the crew management company warned, that it may take two years to process all formalities required for trial. People are locked in a cell with daytime temperature around 40C degrees. The only authority trying to do something and to ease crew’s sufferings is Polish Ministry of Foreign Affairs.
http://www.maritimebulletin.net/2019/08/17/drama-of-arrested-in-mexico-bulk-carriers-crew/

Crew were released shortly after arrest, but Captain was held in prison for many months, under absolutely false accusation of being negligent of his duty and not notifying authorities about packages with drug, found in cargo hold. All the evidence proved the contrary – Captain ordered all cargo operations to stop immediately, and duly notified authorities, after packages were found. Thanks to Polish Ministry of Foreign Affairs and probably, to “fines” paid to Altamira authorities, Captain, finally, was released.
Absolutely nothing surprising in this story, nothing unusual or out of ordinary. Such unlawful seizures of ships, unlawful imprisonments and prosecutions of crews (Senior Officers, mostly) and nearly open racketeering of shipowners, happen all around the world, including Western nations. Such incidents will occur more and more often, with deepening economical crisis and spreading like wildfire unlawfulness on international level, with many nations’ authorities having absolutely nothing and nobody to fear if/when they break the laws and seize the ships under most ridiculous, incongruous pretexts.
West is no law standard anymore, nor it is a moral leader – all what was law and standards, is already destroyed, thrown away, thrashed. Who’s to take American Democracy seriously after Presidential election farce, or BLM, or Green New Deal, or a zombie in role of nation’s leader? Who’s to believe in EU laws and order after occupation-style lockdowns, mandatory masks and now, mandatory vaccinations of poisonous stuff, when soon, citizen are to be divided, effectively, into different classes with different rights or lack of them, after implementing vaccine passport?
I again, address my compatriots, seamen of Russian and Ukrainian nationalities – seaman profession is becoming more and more dangerous, in all aspects, including growing threat of nations’ authorities impunity from any liability for their unlawful, downright criminal, activities. They seize the ships, arrest crews and “fine” shipowners, being driven by a multitude of inspirations, from merely monetary ones (bribes and extortion), to politically or career motivated goals.
Think very carefully before you decide to renew your contract and sign on. Weigh and assess all pros and contras, including or in the first place, the working and moral standards of your employers. If your employers are the persons who, as you know or suspect, may sell you out and endanger your health, life or freedom, just to avoid extra expenses, leave them for good. We’ve entered bad times, Dark Ages, with less and less laws and moral standards to defend or save us. Beware and stay safe – not from “pandemic”, but from those who already proved themselves to be unscrupulous and immoral. 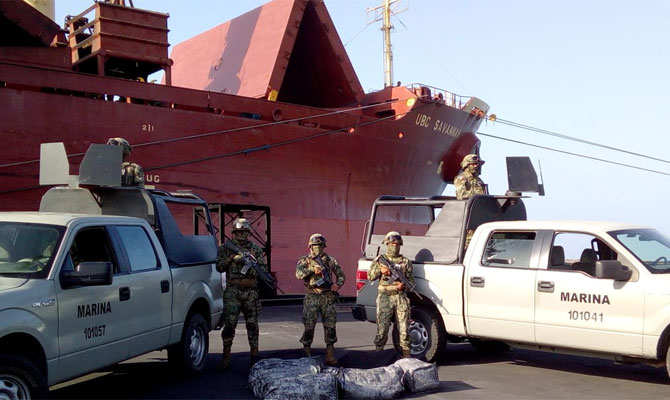