In the afternoon Feb 19 shortcut caused an explosion, followed by fire, on board of tanker MEKONGTRANS 01 in Quang Nai waters, South Central Vietnam. Tanker according to track, was under way after completing cargo operations at Quang Nai Port, sailing south to Can Tho, southern Vietnam. Fire was extinguished by the crew in about an hour, but one crew, an engineer, went missing. All vessels in the area were alerted and asked to assist in SAR, but as of late Feb 20, he wasn’t found. Tanker probably, sustained some damages, her position and condition, as of 0520 UTC Feb 21, being unknown.
Product tanker MEKONGTRANS 01, IMO 9507506, dwt 7631, built 2008, flag Vietnam, manager MEKONG PETROLEUM TRANSPORT JSC. 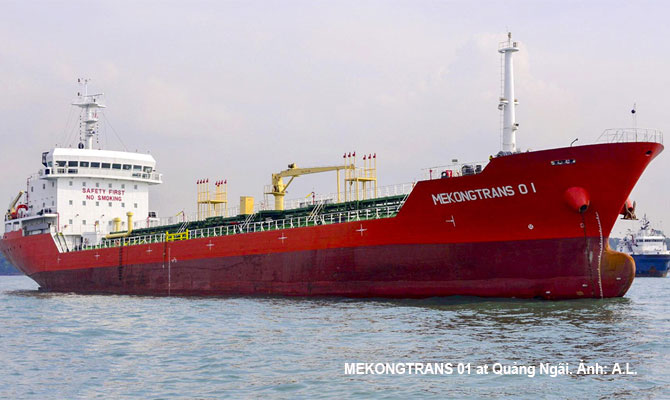