Decommissioned and intended for dismantling passenger ship ENCHANTED CAPRI (ex- Soviet cruise ship Azerbaijan) in the afternoon Nov 2 dragged anchor and drifted aground on a beach in Alvarado municipality waters, Veracruz State, Mexico, Gulf of Mexico. She was relocated to Mexico waters and exploited as an offshore oil industry flotel, since around 2009, until last month, when she was decommissioned, to be dismantled at Tampico. Understood she was under tow from lay-up at Coatzacoalcos and was anchored to wait out weather on Oct 26, but dragged anchor and grounded, when the storm was passing the area. Skeleton crew of four was rescued. The ship is to be refloated. AIS was on until Oct 30.
Accident details and photo provided by news outlet La Silla Rota Veracruz veracruz.lasillarota.com
Passenger ship ENCHANTED CAPRI, IMO 7359474, GT 15410, built 1975, flag Mexico, capacity 554. 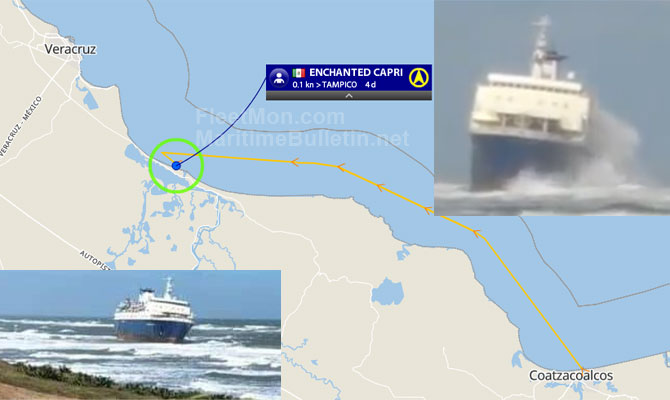 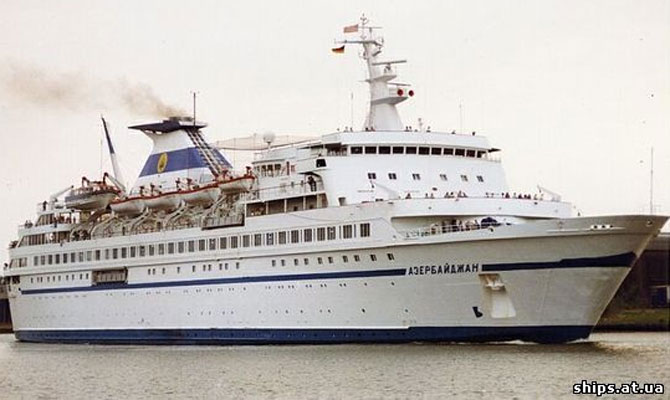