Statement on behalf of NKD Maritime Limited
MV Jakarta
11 October 2020
NKD Maritime Limited, owners of MV Jakarta, confirm that during very heavy weather and sea conditions the vessel went aground on the eastern coast of Vietnam on 10 October.
The vessel was under tow at the time of the incident and no crew were on board. We understand that all crew members from the towage vessel are well and accounted for. The authorities and all relevant organisations have been contacted and are providing assistance. Salvors have been appointed and will attend the vessel as soon as the weather conditions permit. The vessel is not carrying any cargo or fuel.

Oct 10
UPDATE: The ship was under way to Alang for dismantling, understood unmanned, on tow.

A mysterious wreck of container ship was found by locals in the morning Oct 10 on Thua Thien Hue Province coast, north of Da Nang, north central Vietnam. The ship was obviously, beached by storm during the night, and heavily damaged, she broke in two and most probably, is a total loss. To their big surprise, there were no people on board, at least they didn’t see any. Province authorities and emergency teams arrived at site and tried to communicate with the ship via VHF and loudspeaker, but to no avail. The ship was abandoned, crew fate a mystery.
The ship was identified as JAKARTA, HK or Taiwan flagged. Problem is, there’s no such ship in databases. Photos and video of the wreck led to general cargo ship with container capacity, CMA CGM JAKARTA. Until recently, the ship was operated by CMA CGM, she left Hong Kong on Sep 29 as CMA CGM JAKARTA, and disappeared, to surface 11 days later, wrecked on northern Vietnam coast. On close bridge photo the last word of the name, JAKARTA, is clearly seen. No IMO number either on a bridge nameplate, or on superstructure front.
Container ship JAKARTA (ex- CMA CGM JAKARTA), IMO 9265574, dwt 9966, capacity 1118 TEU, built 2002, flag Taiwan (?), manager ? 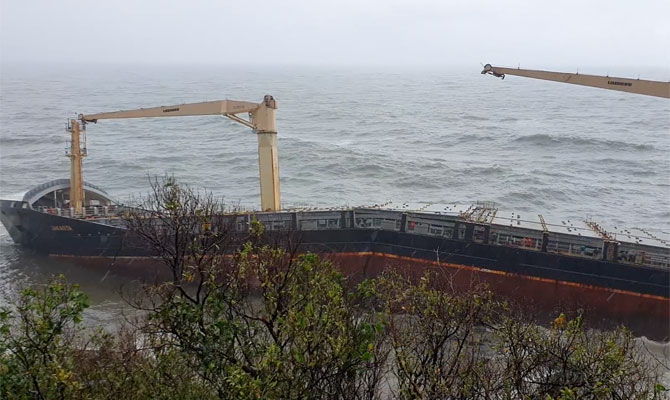 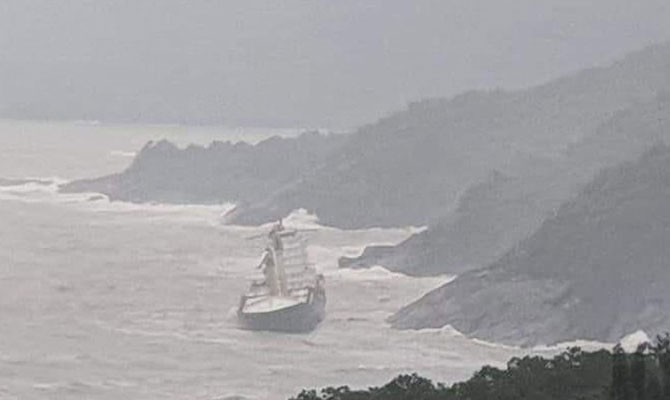 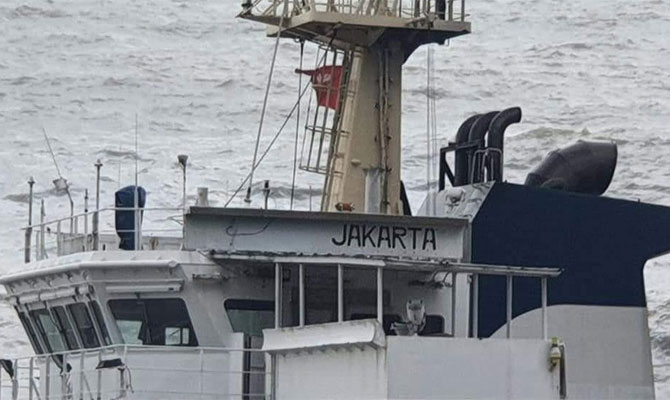 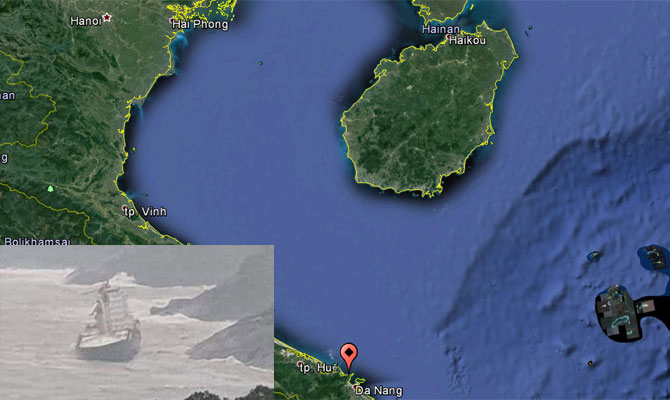