1550 UTC UPDATE: The ship has reportedly sank, there were 11 crew on board, all were rescued, all are safe. It was said, that the ship struck an unidentified underwater object, prior to water ingress. 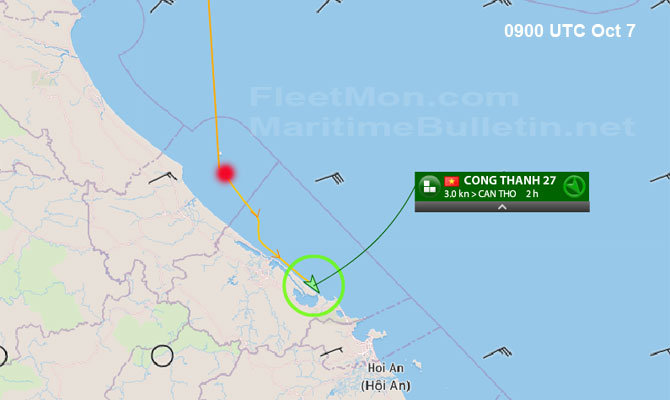