11 out of 22 crew of a Greek Panamax bulk carrier PATRA were found test positive, almost immediately on arrival at Yuzhniy Port, Ukraine, Black sea. The ship was anchored at outer anchorage, crew underwent medical screen, several were found to have flu symptoms, and after that, all crew were tested. The ship has been moved to port and berthed at night same day at quarantine pier, with all crew on board. 11 positive crew may be hospitalized, or may remain on board, not yet clear. All crew are to be changed, the ship is to be disinfected, according to Ukrainian pandemic chief, one Golubyatnikov (Director of infectious diseases Laboratory of Ministry of Health), who also added, that Ukraine has somehow, to seal the “virus-prone” shipping loophole. How, one may ask? To close all ports, cut supply chains, and let Ukrainians die from lack of food, energy and necessary goods? All “pandemic”-responsible bureaucrats, all around the world, look alike, a bunch of dumb, cruel, irresponsible morons, controlled by WHO.
Ukrainian sources report the ship arrived from Egypt, but it is not correct, after Egypt she called Algeciras.
Bulk carrier PATRA (ex – KEY SPRING), IMO 9607801, dwt 80596, built 2012, flag Greece, manager CHRONOS SHIPPING CO LTD. 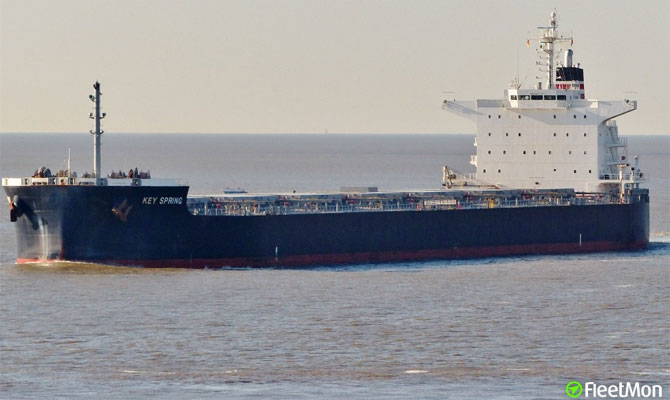